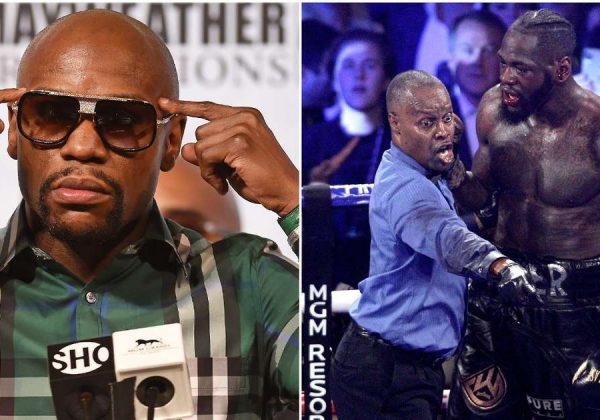 Floyd Mayweather JR was recently in the UK doing a press run. Fight fans over there asked Floyd about the recent Deontay Wilder vs Tyson Fury fight in which Fury destroyed Wilder. Floyd was asked “Do you think Wilder will win in a rematch with Fury?”, Floyd replied “If I train him! If I train him, I can teach him how to win!”

Right after Wilder was beat down by Fury, Floyd showed suppoer by saying “Win, Lose or Draw … Deontay is our brother that has accomplished many triumphs and as a community we should all uplift and support him throughout it all,” Mayweather posted on social media.

“No matter what, you’re still a winner in my eyes, King!”

Just a reminder Wilder is managed by Al Hayman who is also Floyd Mayweather Jr’s business partner. So this is very possible! Should Wilder say yeah to Floyd trainging him?