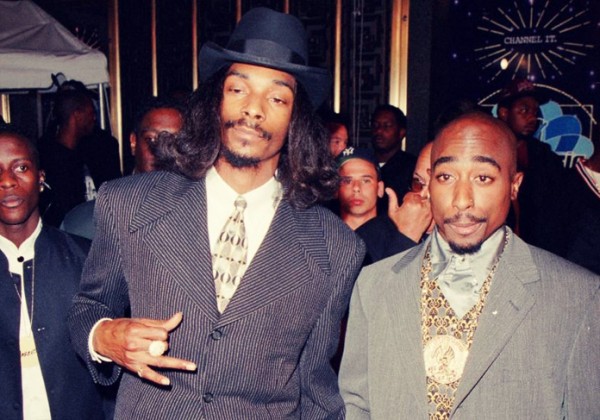 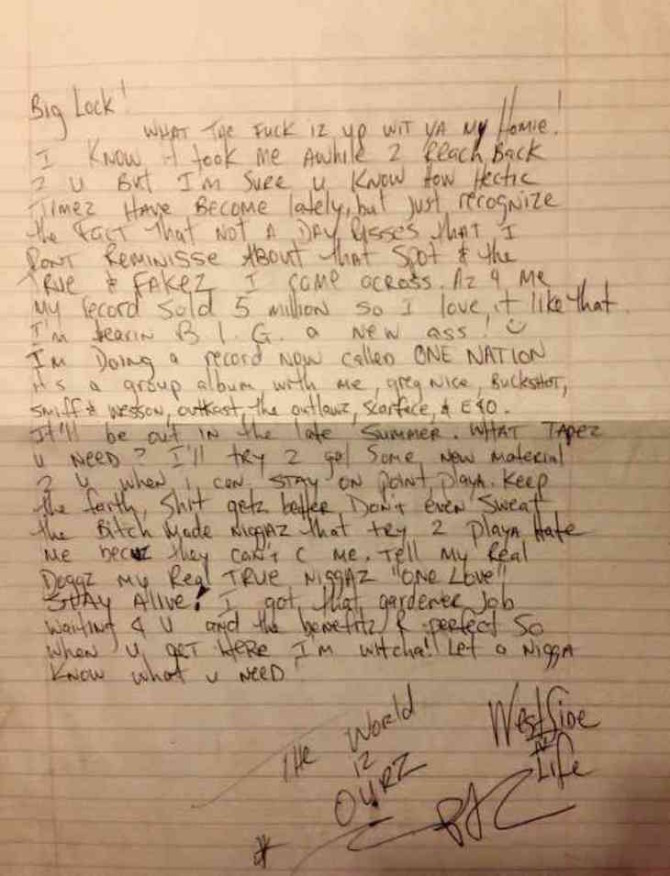 In this Tupac writes his homie Big Lock who was doing time. He tells lock about all his success. He even hints at his beef with Notorious BIG saying how his 5 million records sold on new song is ripping big a new ass.

Another thing 2pac hints at is his plan to unit the west and the east with a album he has in the works called “One Nation”. He listed Greg Nice, Buckshot, Smiff-N-Wessun, Scarface, E-40 and OutKast as people he is doing the album with.

You also see the real side of Tupac where he tell’s his homie Big Lock when you come I have a job for you. Damn we miss Tupac how about yall