Some sad news coming from Miami. City Girls star Yung Miami's baby father to her son Jai has been shot and killed. Reports say he was shot in his head. Nobody has been arrested yet. Via instagram both Yung Miami and JT express their heart ach from the death of Jai.

Young Chop has been coming for the entire music industry since this lockdown. Chop threw shots at Meek Mill, J Prince, and more. Last night he got in a heated argument with Southside of 808 Mafia. The two went back and forth calling each other bitches and Chop said he was ready for whatever! Young Chop also said that Southside's girlfriend City Girl Yung Miami wants to suck his penis! Peep the video below

Yung Miami from the City Girlz was leaving her music session at the world famous Circle House studios. It has been confirmed that Yung Miami's red Mercedes Benz truck was shot up while she was in it. Some people confirm seeing Yung Miami running from the car in fear begging for help. Check the videos out below which show Yung Miami speaking to the police about the drive by shooting. 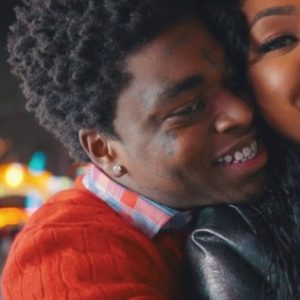 Yung Miami who is part of the hit making rap group City Girls was recently performing at a club for her birthday. In the video you can see Yung Miami's stomach looking real pregnant. Reaching out to people who was with her they all said she did not smoke or drink one thing that night and she had extra security around her. Rumor has it that the baby daddy is Kodak Black who got real close with Yung Miami recently. Check the video below and tell us what you think! Does Yung Miami look pregnant? Are we excited about Kodak Black possibly being the baby's daddy? 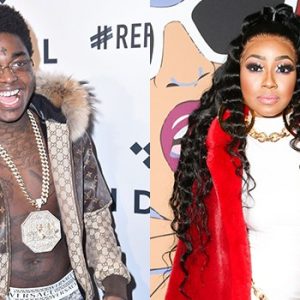 It seems Kodak Black new aka should be home wrecker! Via Instagram live popular rap producer Southside could be seen going crazy cursing out City Girl rapper Yung Miami. During the IG live Southside called her broke and ugly, basically saying Fuck Her. Reportedly Yung Miami has dumped SouthSide for Kodak Black. Kodak was recently on radio and he broke the internet when he propsed to Yung Miami. Check the videos out and tell us what you think! Is Yung Miami wrong for dumping SouthSide in order to be with Kodak Black?