A video of Meek Mill & Travis Scott getting into a shouting match went viral yesterday. The party was for 76ers owner Michael Rubin who is Meeks best friend. When the video came out last night nobody knew what it was over, but now we know it was about Kylie Jenner. It is a rumor that Meek Mill has been smashing Kylie Jenner on and off since her and Travis have been split up. We hear that Travis and his entourage approached Meek Mill and things got ugly. Stay tuned for more updates!

Travis Scott continues to prove that his Hip Hop's biggest act and his latest accomplisment is nothing short of that. Travis Scott has sold over $30 Million dollars in concert tickets already for his Astro World Fest. Astro World Fest will take place Novemeber 5th-6th and will be live in Houston, TX!

Travis Scott is one of the biggest artist in Hip Hop. His latest album AstroWorld has sold over 2 Million copies. Well today Travis has some explaining to do. Leaks hit the internet exposing Travis for having writers. That writer is Cyhi The Prince. It has been revealed that Cyhi The Prince wrote "Sicko Mode" and "Coffee Bean". Check out the leaks below and tell us what you think. Does this cancel out Travis Scott for having writers?

Travisscott dropped $23.5 million on a new mansion in Brentwood, California. The house is 16,700 square feet and has 7 bedrooms and 11 bathrooms. Check it out below! 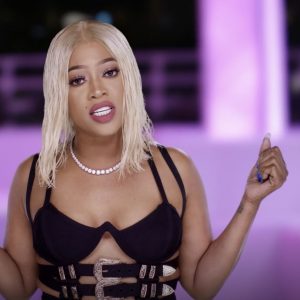 Future is dropping his new album this Friday titled High Off Life. The project features 21 tracks with features from Young Thug, Travis Scott, Lil Uzi Vert, NBA Youngboy, Drake, Lil Baby, DaBaby, & Doe Boy. Future taps DJ Esco as the Executive Producer of the album. Future's "Life Is Good" is also featured on the project along with the remix as well.

Atlanta rap star OG Maco sat down with Adam 22 and his hit podcast No Jumper. This interview was much needed for fans of OG Maco because it shed light and explained on what happened to him with the flesh eating disease that almost killed! Check out the interview below and tell us what you think! 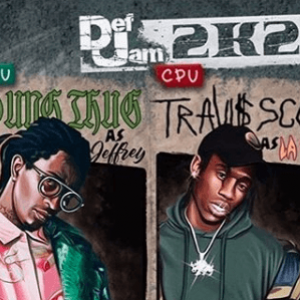 The iconic Def Jam wrestling game Def Jam Vendetta is coming back! It will be called Def Jam 2k20 and it will star this generation new superstar rappers. Rappers like DaBaby, Travis Scott and Young Thug are set to star in the game. We also got leaked info that Young Thug's finishing move will be a kiss in the mouth to other men wrestlers on the game. Release date is set for the first week of February 2020. Stay tuned for more updates.

The ASAP Rocky and Travis Scott beef is beyond real and has been for a little while now. It got so bad at times that media/press has called each rapper the other rapper because they look so much a like. Well while on stage performing ASAP Rocky debut a freestyle where he dissed Travis Scott. Some of the bars we caught was Rocky calling Travis his clone. Check out the freestyle below and tell us what you think!