Dr. Dre calls Snoop Dogg a liar about owning his “The Chronic” album

Dr. Dre calls Snoop Dogg a liar about owning his "The Chronic" album

Video of Kodak Black having sex at Florida Panthers game

Kodak Black is back in the headlines this time its for having sex in front of 30,000 plus fans. The video below shows the super gremlin rapper having sex with a lady he came to the game with in his luxury press box suite. Check out the video below and tell us what you think!

Video of Canibus revealing why he quit rap and enlisted in the U.S. Army

Below is a video of Canibus revealing why he quit rap music when he was at the top of the game. Canibus said "It was right after September 11. That experience, at that time I made a record, C! True Hollywood Stories, that was the album," Canibus detailed. "The album was satire, it was. It was just done to kind of, like, allegorically make an album that was-- you know, to get under the skin of folks that were saying that, 'Yo man, I want the records to be hard! I want you to spit harder. The beats, the lyrics, I want more!' And then I gave them less. Right?"

Brooklyn rap star Bobby Shmurda revealed that he only paid $20 Dollars to record his smash hit record "Hot Nigga". Bobby made the tweet to motivate artist to never give up on their dream no matter how hard or impossible it may seem. Who would have believed that a $20 Dollar investment would turn into the millions it did for Bobby. Check out the tweet below

It seems the internet has cracked the code of who was Saweetie's secret boo! Social media fans of Lil Baby & Saweetie put it together when they found a video of Lil Baby wearing the same outfit that Saweeties secret boo was wearing the same day she posted the picture. It seems the info got back to Saweeties ex Quavo who let Lil Baby know they can share her! Check out the post below and tell us what you think. Is Lil Baby wrong for dating his labelmates ex girlfriend!

Wack100 really wants to fight Meek Mill, like really badly he does. Again while on his podcast with DJ Akademiks, Wack100 let it be known that he will beat Meek Mill up. Wack100 said “Listen bro, I will f**k meek up,” says Wack 100. “I will beat Meek’s motherf**king a** like he a stepchild. Meek don’t even know all that sh*t he talkin about bro.. Ni**a you a rapper, your bars with you in there… pressin n stoppin n playin sayin and putting together… what ni**as mixing n posting together. Ain’t nothing to do with who you is as a man. Ni**a you just did 70 days in jail ni**a, and get out like you mother f**ker Geronimo Pratt.. some motherf**kin body.” 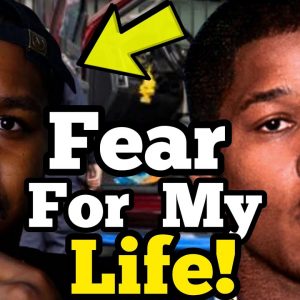 Harlem legend Alpo Martinez was gunned down on Halloween in his hometown of Harlem and social media was celebrating. Now we finally got word from somebody close to Alpo, Alpo's son rapper Popperazzi Po. Popperazzi Po is popular for being signed to Brick Squad Monopoly "Waka Flocka's" label. Via instagram Popperazzi Po posted a picture of his late dad and stood up for him. Check out the IG post below!