Video of Stephen A. Smith revealing he almost died from recent Covid-19 battle

First Take star Stephen A. Smith was missing in action for some weeks from his debate desk and fans finally got the answer on why. Stephen A. Smith revealed yesterday on First Take that he had a bad fight with Covid-19. Stephen A. Smith even revealed that he was hospitalized. Stephen A. said “For me personally, it hit me differently,” he said. “You’re assuming that you’ll have a fever, might have a cough, gonna have that massive headache — but you’ll get over it,” he said. “In a lot of cases that was the case. In my case it was totally different." 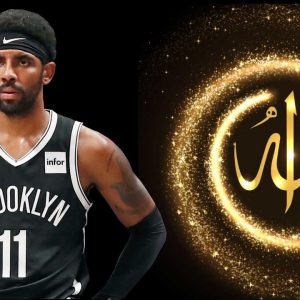 ESPN star analyst Stephen A Smith revealed via instagram that he may get the same hair surgery that NFL Icon Deion Sanders got. Stephen A via his instagram account revealed that a fan asked him if he considered going bald due to his receding hairline. So the video below is Stephen A Smith's reply to the question by the fan. Check the video out below

Stephen A. Smith new historic contract with ESPN will pay him $10 Million a year

Stephen A. Smith is one of the biggest sports personalities on the planet. Known for never biting his tongue and speaking his mind has made Stephen A. Smith a superstar. Since 2005 Stephen has worked for ESPN. From 2012-2016 Stephen was the star of ESPN's hit show First Take with Skip Bayless. When Skip left for FOX, Stephen took over the show and it has never missed a beat with his leadership.

ESPN close to firing Stephen A. Smith after his comments on Josh Gordon & mental health

Star NFL wide receiver Josh Gordon recently announced that he will be stepping away from the NFL in order to get help for his mental health state. Gordon has battled substance abuse issuse thru out his whole NFL career. Josh has admitted himself to have mental issues. Star ESPN anchor Stephen A. Smith spoke on […]

Video of Stephen A. Smith warning Lebron James that he is tempted to go nuclear and expose him for calling his Kyrie Irving news a lie