Rod Wave has dropped hints in the past that he is not feeling Morray who he thinks stole his style from the look to sound. In his newest song "Get Ready" Rod Wave says "Labels used to look past me, now they trying to remake me/ Grab a fat nigga out the trenches and replace me Tryna duplicate me, can't be"

Rap star Rod Wave was on Instagram live and he let fans know that he might not be able to perform at his upcoming sold out show in Atlanta. Rod revealed that someone in Atlanta snitched on him about something and he now has to turn himself in once he lands in Atlanta. Check the video out below and tell us what you think!

Rod Wave and SayCheeseTV CEO Shawn Cotton are back getting into it via social media. Shawn recently did a interview with VladTV and during the interview he revealed that he was the main reason that Rod Wave got signed to Alamo records.

Rod Wave is being exposed and clowned on social media what fans are calling "Cap Rapping". They are clowning him for his "Heart on Ice" verse where he claims to be in jail for something serious "While in the cell with Lil' Wakeem, after I slapped him I had told him/"I don't know how you get down with them clowns but I'm a soldier"/ No one could understand, I had way too much aggression/ That built over the years from my abandoned adolescence" 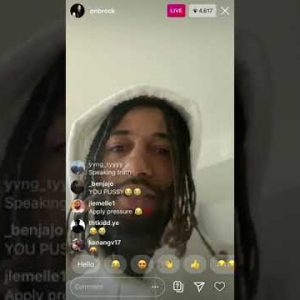 The other day we showed you a video of Rod Wave which had him going off on PnB Rock and Shawn Cotton. In that video Rod had banned PnB from traveling to Florida putting a price on PnB's head. Well now we have a response from PnB Rock. PnB said "Rod Wave is my f***in' son. He makin' the same music as me. Singing, trappin', rappin' -- I did that. I'm the one who started it," the Philly rapper continued. "I did that. Put that sh** in your f***in' brain and slap it in your f***in' mind, p***y, 'cause you f***in' my son," he added. 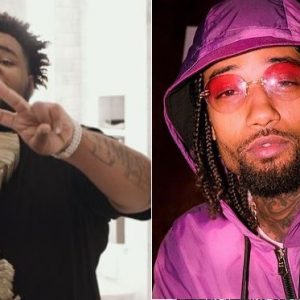 Rod Wave is one of the biggest new artist in the game and had a very successful 2019! Via instagram Rod Wave went on his live and aired out PnB Rock and Shawn Cotton. Rod aired Shawn out who is the owner of SayCheeseTV for trying to take credit in his career success. Rod called Shawn a clout chaser who uses other people and steals from artist. 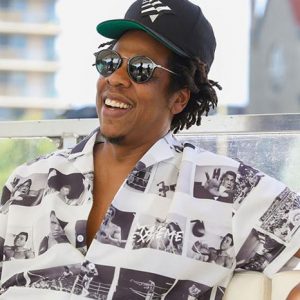 Jay Z for the past couple years thru his Tidal company has done a list of his top 40 favorite songs for that said year. Well for 2019 it seems Jay Z opened up his ear for different types of music. Jay Z's favorite song of 2019 belonged to DaBaby's "Intro" and his second faorite song came from new comer Rod Wave. Check out Jay Z's full list below and tell us what you think.