Rihanna's Savage Fenty line is one of the biggest in the world now, but she is getting a lot of backlash for her new mens underwear line. Via facebook add's a lot of promo for what basically looks like mens night clothes is going viral and it shows a man wearing what most think only women would wear. Check out the under clothes for men below and tell us what you think! 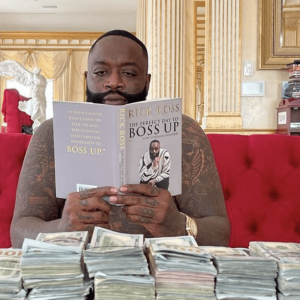 Rick Ross Monthly income has been revealed to be $585,000 complete breakdown inside

Documents also reveal Rick Ross’ monthly income sits at $585,000, while Singleton brings in $142. In addition to his successful rap career, Rozay runs his MMG label, owns over a dozen Wingstop restaurants and recently released a new book, The Perfect Day to Boss Up, which debuted at No. 5 on the New York Times’ weekly bestsellers list.

Birdman was a guest on the "Big Facts Podcast" and he touched on a lot of subjects and the main subjects we caught was addressing Rick Ross and his dissed towards Birdman. Birdman called Rick Ross his student/son and called him a lame "bitch ass nig*a". Check out the interview below and tell us what you think!

This past week had the music world very scared that we lost Kelly Price who went missing after she checked out of a hospital for Covid-19. Yesterday Kelly did a candid interview with TMZ and she spoke on her hospital stay. During the sit-down, Price revealed that she flatlined and was revived while doctors were fighting to save her life. Price explained, "At some point they lost me. I woke up a couple of days and the first thing I remember was the doctors standing around me asking me if I knew what year it was." When asked to clarify what she meant by saying "they lost me," Kelly stated, "I died."

Bill Omar Carrasquillo, known online as “Omi in a Hellcat,” was named in a 62-count indictment unsealed Tuesday charging him as the alleged ringleader in operating the streaming service, copyright infringement, wire fraud, tax evasion and other felonies related to the lucrative business he built, according to court documents filed by the U.S. Attorney’s office of the Eastern District of Pennsylvania.

The mother of a 15-year-old boy is seen on video being punched. The 12-year-old aggressor and his parents, identified by Doral police as Michael Jason Laboy and Natalie Laboy, were working together to beat up her son, the woman said.

Omi in a Hellcat who is a popular Youtuber that made over $100 Million dollars selling cheap cable has been arrested by the FBI. Video shows OMI's girlfriend Mimi filming while his door was being kicked in. It seems Omi and Mimi were naked, because both asked to put clothes on. Check out the video below and let us know what you think!

The rise of 50 Cent’s show ‘Power’ has seen much success, with numerous spin-offs, including ‘Raising Kanan.’ While the entire ‘Power’ universe has been heralded by many, 50 is being sued by a man who has shunned the series, saying the series is based on his real life.