Lil Meech the son of drug dealing icon Big Meech is blowing thanks to his new role portraying his dad in 50 Cents newly produced "BMF" tv show on Starz. As a reward 50 Cent surprised Lil Meech with a $250,000 diamond BMF necklace! 50 says he believes Lil Meech is going to be a superstar in the entertainment industry. Check out the gift below 50 gave Lil Meech!

Walmart has been bootlegging a lot of major sneakers over the past years and now they just got caught again and this time its Kanye West and his iconic Yeezy brand. On the walmart Website you can see that they are selling Kanye West $277 dollar slides for only $24.49 in a bootleg version. No word yet from Kanye or his team at adidas if they plan to sue Walmart or not yet.

Social media has an old interview from Nick Cannon with Howard Stern and it has the mogul talking about his own mortality and dying young. Nick Cannon who has Lupus and has been in the hospital a few times near death revealed that his doctors told him that he will die young. Recently Nick has been getting a lot of women pregnant and this interview sheds light on Nick's thinking. Check the interview out below and tell us what you think!

Fat Joe recently satdown with Nore and his Drink Champs podcast and opened up on a lot of topics. One major topic that caught our attention was when Fat Joe spoke on not doing a Big Pun movie. Joe revealed that he is tired of Big Pun's wife lying on him, so he will not do a movie until she apologizes. Check out the video below and tell us what you think! 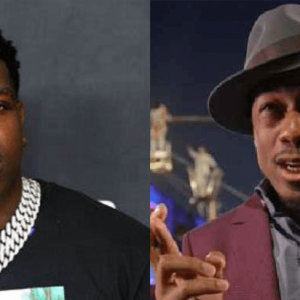 The prosecutor and the fed's have revealed what they used to get Casanova's bail denied, and it was his interview with Nick Cannon where he admitted to be a Ape. Check out the interview below and tell us what you think!

Reports note that Ice Cube’s brand is no random jump, as the rapper has been an advocate for medical marijuana usage for some time. The design for ‘Fryday Kush’ mirrors the imagery tied to his classic album ‘Lethal Injection, and he has partnered with Caviar Gold to bring the brand to smokers in various states. 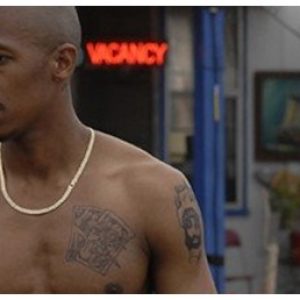 Netflix has revealed that Nick Cannon will be playing 2pac in a new series about Death Row records. The news has come with a lot of backlash being fans do not feel bubble gum clean Nick Cannon can play the iconic 2pac who was a thug.