Gucci Mane has some new problems on his hand as he has seen a lot of success since his release from prison. Gucci Mane’s baby mama is demanding and $18,000 increase in monthly child support payments. In 2011, Gucci Mane reached a child support agreement with Sheena Evans over their then-four-year-old son Keithon. He would […]

Rich The Kid is moving on from 300 Ent for a new solo deal he has accepted with Interscope. Rich The Kid is one week away from dropping his upcoming project Rich Forever 3. Rich The Kid recently did an interview with XXL which he stated “I was talking to different labels, Columbia, RCA , […]

Lil Yachty’s single “Peek A Boo” already had an interesting side story for one reason. Now a Memphis rapper is claiming that Boat actually jacked the song from him. Rapper Memphis Ash dropped his song, “Pikachu” last year, which he naturally rhymed with “peekaboo.” Lawyers for Memphis fired off a cease and desist claiming Yachty’s […] 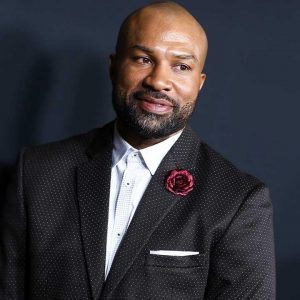 Rolling Loud has been extremely crazy this weekend in Miami with all the acts in town and the crowd extremely lit. Yesterday the Postmates stage had artists such as XXXTentacion, Kendrick Lamar, Denzel Curry, Joey Bada$$, and more. Well socialite YesJulz was in attendance and she can is best known for being at parties and […]

Kodak Black continues to deal with his court situation as he headed to court Wednesday. Dieuson Octave aka Kodak Black turned down an a plea deal Wednesday from the state of eight years in prison for an alleged battery and probation violations. As family and representatives from Atlantic Records looked on in the courtroom as […]