Former BadBoy rap star Shyne who was on top of the rap world from 2000-2002 is running for the House of Representatives in Belize. Shyne who's career came crashing down after he shot someone in NYC night club trying to protect Diddy and then girlfriend Jennifer Lopez was deported back to Belize from this. Shyne is also the son of Belize Prime Minister Dean Barrow. Shyne was recently nominated by the United Democratic Party to be a candidate for the elize House of Representatives for the constituency of Mesopotamia in Belize City.

Just yesterday we posted a video of Mase out in Africa getting paid $200,000 to perform. Now we have new video which shows Mase window modeling for Balenciaga at their store front holding a bag for tips. Reports are that Mase is broke and he will take any and every job offered to him to make some money. Check out the video below and tell us what you think!

Early 2000's rap star Young Buck is back in the news, but for all the wrong reason's. According to Fox 17 Young Buck was arrested in Tennessee on a felony fugitive from justice warrant for child abandonment on Dec. 20 and he was held without bond because he's considered a felony fugitive from justice. He will be held in custody until his next court hearing on May 7, 2020.

1990's rap icon Mase let it be known that he is still getting the bag from rap. Via instagram Mase revealed that he was paid $200,000 to perform in Africa. Besides the big pay day it seems like Mase had a lot of fun while over in the mother land (Africa).

50 Cent for the past few days has been ethering Hell Rell on Social Media. It seems the beef was playful at first but it was between 50 Cent and Jim Jones who were clowning each other. Somehow 50 Cent came across the video which showed Hell Rell getting ran down on/beat up in a […] 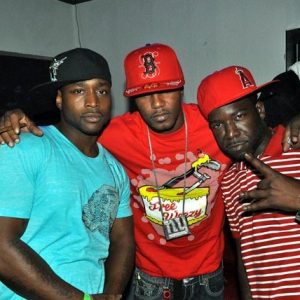 A video came out earlier in the week which showed DipSet rapper Hell Rell getting beat up in a Flaming Grill Buffet while he was eatting. Makk who is from Long Island recently sat down and gave a interview on how and why the events happened. Makk also claims that Hell Rell begged him to […]

Lupe Fiasco has proven over the years that he is not one to bite his tongue when it comes to touchy topics. Today we got wind of a Instagram post that Lupe made calling out Michael Jordan and Nike for a Black History Month sneaker they released which in his eyes disrespected African culture. Lupe […]

We got our hands on a leaked video from Nassau County Jail which shows Nicki Minaj’s brother Jelani Maraj getting his ass beat down by rival gang members. From a Jail worker we are told that Gang members got word that he was going to be in population and they was ready to beat his […]

Troy Ave responds to everyone that is calling him a Snitch

Troy Ave’s controversial music video for his song “2 Legit to Quit” is bringing a lot of hate the rappers way. People are calling Troy a snitch because in the song Troy raps that he might be testifying against TaxStone in the Irving Plaza shooting which left his best friend Banga dead. Amid all the […]

Jay Z day after day proves to us over and over that he is a “BUSINESS” MAN. Jay who is 48 years old is finally going into the restaurant business. After having success with his 40/40 club, now Jay is going full forced into the food business. Jay just secured the naming rights for his […]