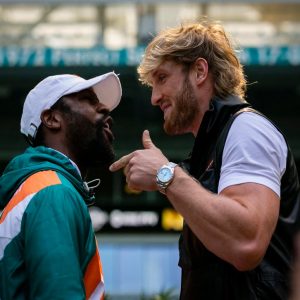 Floyd Mayweather Jr. is back in the headlines and this time its for $120 Million dollars over his fight with Logan Paul. PAC Entertainment Worldwide was the original promoters of the fight between Mayweather vs Paul and they promises to pay Mayweather $120 Million, with the 1st payment being for $30 Million in March of 2021. PAC reportedly promised Mayweather that they would use their connections to help with hosting the Mayweather vs. Paul fight in Dubai. Along with that, they promised to pay Mayweather $120 million. Unfortunately Pac never made the 1st payment of $30 Million to Mayweather which ultimately breached their deal with Mayweather and Paul. Because PAC missed the first payment of $30 million, a clause was triggered that allowed Mayweather Promotions to end the deal. Floyd and his team had to rush to set up another fight date, eventually moving the fight to Miami on June 6, 2021. Mayweather Promotions is suing PAC for breach of contract and is asking for $122 million in damages.