Last night on "Night Owl Sound Live" some unreleased Drake records got played. One record that stood out to us was one where Drake called Kylie Jenner his old side piece. The song audio is below! Drake also went on IG to apologize for calling Kylie that. No word yet from Kylie or Travis Scott about this leaked song!

More wins in 2018 for the two GOATS of Business in Hip Hop Jay Z and Diddy as both icons make the list again. Jay Z came in at $900 Million, while Diddy came in at $825 Million. One name that snuck up on us all is Kylie Jenner! Yes Kylie Jenner who made over $900 Million herself which ties her with Jay Z. Check out the full top 10 list below. 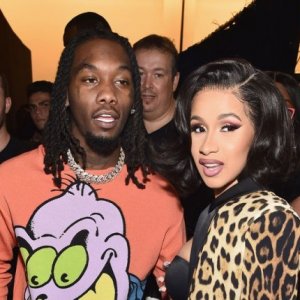 Kanye West had some time on his hands today to address Drake via Twitter. Drake apparently sent a request for a record to be cleared and thats when things went left. Kanye West and Drake have been beefing for some time now since the Pusha T, Drake situation. Kanye West apparently gave Pusha T inside info when it came to Pusha putting out his diss record on Drake. Kanye West also claims that Drake purchased the 2 front rows of Pusha T concert in Toronto for his OvO goons. Kanye didn't like that one bit and has now let the world know about the situation. Check out the tweets below and let us know what you think!

Rob Kardashian is broke and he is letting everyone know that he is to avoid paying $20,000 a month in child support. Rob revealed that he had to sell his mother Kris Jenner 50% of his sock company Arthur George in order to keep it a float. Rob also noted that he lost his home […]

Nicki Minaj is not playing and she is naming names taking no prisoners. While on Queen Radio Nicki Minaj exploding on Travis Scott giving him the Hoe Nigga of the Day award for cheating to increase his album sales. Nicki also clowns him for using auto-tune on all of his songs and said he had […]

For some reason life after Kylie Jenner for Tyga has been full of car repo’s and eviction’s from his houses. It seems he either does not make enough money anymore to support his lifestyle or he just dont care. Now we got word that Tyga is being sued by Simon Cowell’s former lover Mezhgan Hussainy. […]