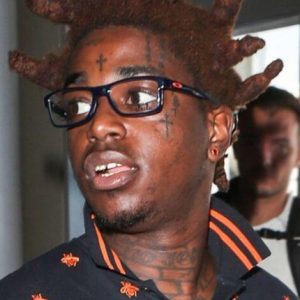 Kevin Gates recently sat down with Mens Health Magazine and answered questions about his awesome weight loss journey. One of the questions asked Kevin why he lost so much weight, which Kevin answered a baby tried to suck his chest for milk. Check out the interview below it is very cool.

Rap star Kevin Gates is under investigation by the feds after a photo of him flashing money in State prison while visiting C Murder made it's rounds on social media. The State prison system says it has a policy against people bringing more than $300 dollars into their facility, anything over that will be considered contraband. No word yet back from Kevin Gates and his camp on this matter at hand.

Kevin Gates who is preparing for the release of his “Luca Brasi 3” project sat down with Sway and spoke on his career past, present and future. One thing that stood out to us was what Kevin Gates said Lil Wayne did to him. Kevin Gates revealed that years ago he had a meeting with […]

Cardi B being sued by T.I. artist RaRa for stealing his song to make “She Bad”

Cardi B new album Invasion of Privacy has taken the music industry by storm and is doing numbers, but did Cardi really create the album or did she steal the ideas? This is not the first time Cardi has been accused of stealing a song for the album. Now we have a claim from T.I.’s […]

Kevin Gates files a restraining order against his parole office

Well damn could it be true that Beyonce Dad Mathew Knowles is a Crack head? Well according to the Jasmine Brand a man by the name of David Lee Brewer Jr. says he is. David is a family friend and was Beyonce coach thru out her childhood. David claims that Mathew has been busted numerous […]