Walmart has been bootlegging a lot of major sneakers over the past years and now they just got caught again and this time its Kanye West and his iconic Yeezy brand. On the walmart Website you can see that they are selling Kanye West $277 dollar slides for only $24.49 in a bootleg version. No word yet from Kanye or his team at adidas if they plan to sue Walmart or not yet.

Video of Big Sean’s $8.7 Beverly Hills mansion that he purchased from Slash

Big Sean was the latest celebrity to invite Architectural Digest into his home for the magazine's "Open Door" series.The rapper purchased the home four years ago for $8.7 million. The previous owner was Guns N' Roses lead guitarist Slash. The seven-bedroom, 11,000-square-foot house was remodeled to feature a more contemporary look.

Kanye West did something amazing for the late great DMX who sadly passed away almost 2 weeks ago. Kanye with Balenciaga teamed up to create a T Shirt in the memory of DMX. The shirt was on sale for $200 dollars and sold out in 24 hours. It has been revealed that they generated over $1 Million dollars in sales and the whole $1 Million will be be donated to DMX's family!

Forbes calls Kanye West a liar disputing his $6.6 Billion saying he is really worth $1.8 Billion

Forbes published a lengthy analysis on Bloomberg's estimation, which looked more into Kanye's Yeezy sneaker brand and his yet-to-be-released Yeezy collaboration with Gap. Bloomberg estimated that both were worth $4.7 billion, but Forbes states that Yeezy footwear sales hit $1.7 billion in 2020, which is around $1.5 billion net profit. Bloomberg also factored in $3 billion in future sales for the next five years, which Forbes says is hard to predict given the fickle sneaker market. When it comes to the unreleased Gap collaboration, Forbes points out that there have been no sales to base the valuation on.

2021 has not been the greatest year for rap icon Kanye West with his wife/children's mother Kim Kardashian filing for divorce, but today forbes announced a milestone for Kanye. Kanye is now the richest African American in United States history with his worth eclipsing $6.6 billion dollars.

Kim Kardashian and Kanye West divorce is official and we now may know why. It has been reportedy that Kim Kardashian's breaking point was when she caught transgender Jeffree Star sucking Kanye's penis in his Wyoming get away. Via social media Jeffree Star is not ignoring the claim, via twitter Jeffree Star posted he is getting ready for Kanye's Sunday Service. Stay tuned for more updates! 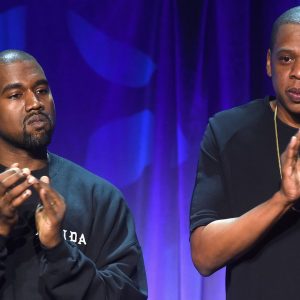 Every since it was exposed that Quentin Miller wrote for Drake, rappers have been under a microscope for ghost writers. Rap veteran Jae Millz recently sat down and exposed Jay Z who most consider the goat for the same thing. Jae revealed a lot of verses and lyrics that Kanye West wrote for Jay Z. Check out the video below for full detail. 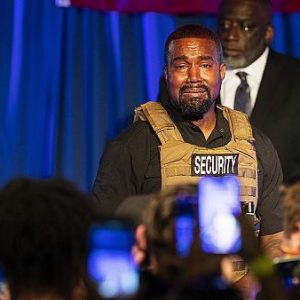 Kim Kardashian just celebrated her 40th birthday and got an amazing gift from her husband Kanye West. Kanye gifted his wife a hologram of her late father Robert Kardashian. Robert was famous for being OJ Simpson's best friend and his lawyer. The hologram of the late Kardashian patriarch lasted for a little over two minutes. During that time, he spoke about how he's watching over his children and grandchildren from heaven and expressed how much he misses his family. But the punchline came toward the end when the hologram tells Kim, “You married the most, most, most, most, most, genius in the whole world, Kanye West!”