Previously, social media personality Justin Laboy hinted that a Drake interview might be on the way sooner than people think via Twitter. His ‘Respectfully’ series recently took off and has found him talking to the likes of many artists and entertainers. However, Drake took to social media to make it clear there was no interview on the way.

Migo's are currently on a major press run promoting their new album "Culture III". While on a press run they sat down with the "The Morning Hustle" radio show and of course the Justin LaBoy rumored fight was mentioned. While Quavo attempted to dodge the question by rapping lines from the track, Takeoff replied, "Yeah, we don't know nothing bout that." 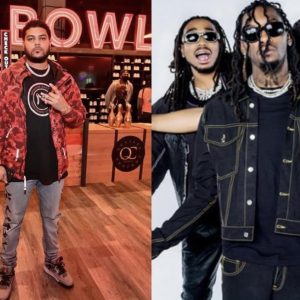