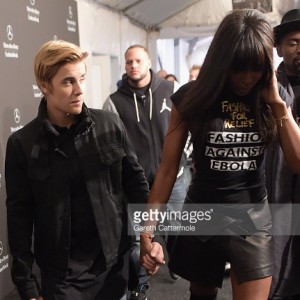 Naomi Campbell held her fashion show which proceeds from the event went to the fight against Ebola. This event was a star studded one. Justin Bieber attended the event. The 20 year pop singer was seen cuddled up the whole time with the 44 year Naomi Campbell. What do you guys think is this real […]