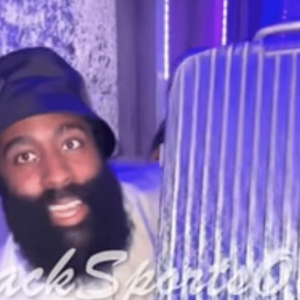 James Harden is doing anything in his power to get out of Houston by forcing the Rockets hand in trading him to Brooklyn or Miami where he desires to be this season. The Houston Rockets was supposed to play the Okalahoma City Thunder today but the game was canceled because Houston could not field a complete team. Photo's have since leaked and they show James Harden inside a night club. Via instagram James Harden has denied that he was at the Strip Club and claims he was at his home girls party. Check out everything below and tell us what you think! 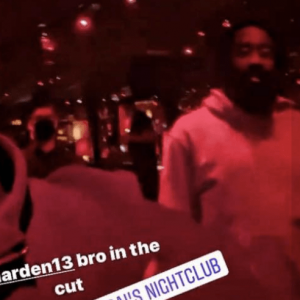 James Harden is doing everything in his power to force his way out of Houston! James Harden who earlier this year demand that the Houston Rockets trade him to the Brooklyn Nets, seems to be doing whatever it takes to make this dream of his come true. James Harden has now missed 2 practices and each night he has been seen out in the club partying. Check out the image below of James partying while missing practice. 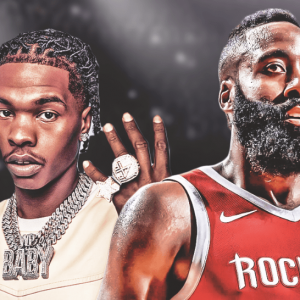 Video of James Harden gifting Lil Baby $300,000 worth of gifts for his 26th birthday

Rap superstar Lil Baby turned 26 years old and he got some big gifts from his very rich close friends. One gifter that stood out to us was NBA Superstar James Harden who gifted Lil Baby over $300,000 worth of stuff. The gifts included a $200,000 Richard Millie watch and $100,000 cash inside a Prada Bag with real Honey Buns in it. Check out the video below and tell us what you think! 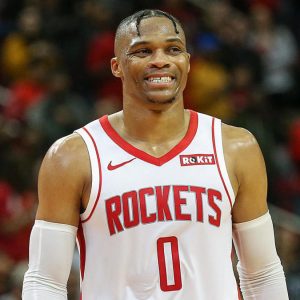 Russell Westbrook announces that he has tested positive for Covid-19

Star NBA Player Russell Westbrook has announced that he tested positive for Covid-19! People have been wondering why Russell Westbrook did not fly with his Houston Rocket team to the Orlando bubble for the NBA restart season. Well now it has been announced why. Russell says he is feeling well and will reunite with team once he is cleared! 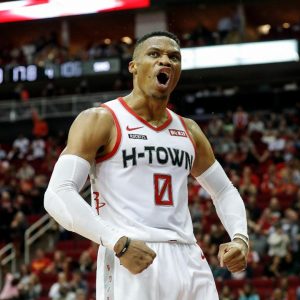 Russell Westbrook is stepping up in a major for his Houston community. Russell is donating over 650 laptops to poverty stricken Houston area kids. With Covid-19 shutting down school, Russell's goal was to make sure the kids get a full education during this national pandemic! 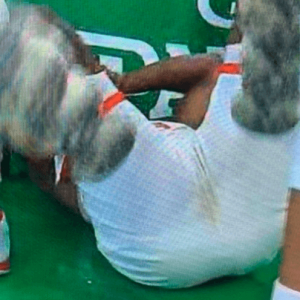 NBA Superstar James Harden who plays for the Houston Rockets seems to have Pooped himself on national tv. It was widely reported that Harden was fighting a stomach virus and it seems that the stomach virus won! Pictures and video show poop stains all up and down Hardens game shorts. Check out the images below and tell us what you think! 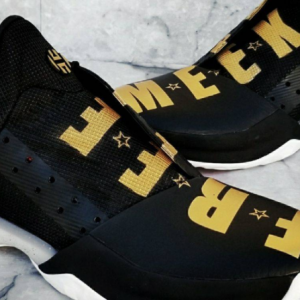 James Harden is definitely a real one for his latest gesture. As everyone knows Meek Mill and James Harden are super tight so much that Harden recently visited Meek in jail while in Philly playing the 76er’s. Well this weekend Harden extended his love for Meek Mill by pushing the “Free Meek Mill” campaign to […] 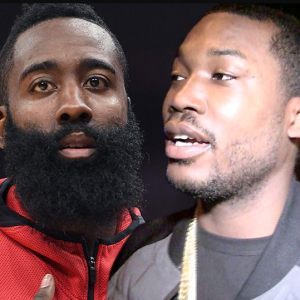 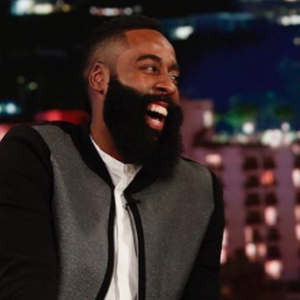 James Harden is being sued by Moses Malone Jr. for allegedly setting him up to be robbed

The son of NBA Hall of Famer Moses Malone is suing NBA superstar James Harden. Moses Malone Jr. is calling James Harden the mastermind behind him being robbed at a Houston strip club called V Live. Malone claims he thinks he was assaulted because of a facebook rant in which he called Harden out for […]