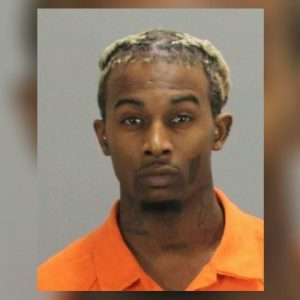 Iggy Azalea posted a picture on Instagram just to remind her haters that no matter what they say she is still one of the baddest chicks in the game. The picture shows off Iggy's amazingly slim body in a red bikini. Check out the photo below and let us know what you think!

T.I. recently sat down with The Breakfast Club and aired out what went wrong with him and Iggy Azalea. T.I. some years back was the one who discovered and signed Iggy. T.I. reveals that what ended him and Iggy working relationship was her getting big headed from getting main stream success and white fans, realizing she did not need black fans. Check out the interview below and tell us what you want you think. Is Iggy a racist?

IGGY Azalea has once again broke the internet with her nudes. This time we have new nudes of IGGY which show off her amazing set of breast. No word yet on how or who leaked the nudes, but we must say IGGY looks amazing. Since the leak IGGY has shut down all of her social media, in what seems embarrasment. Check out the nude photo's below and tell us what you think!

Iggy Azalea went on her verified twitter account and let her fans know what crazy thing just happened to her. Iggy let it be known that she was sent a viral of semen in the mail. Iggy tweeted "Someone sent a vile of semen in the mail and the office assistant had to unknowingly open the package (sic)," adding, "Hope you like the sex offenders registry (sic)."

Last night Cardi B had her launch party for her new line with Fashionova in Los Angeles which was full of celebs. Bhad Bhabie was in attendance last night and when she saw Iggy Azalea she threw a drink on her. The 15-year-old rapper, whose real name is Danielle Bregoli and who is also known […]

Iggy Azalea had annouced via her verified Twitter account that she was no longer signed to her label Island Records. Iggy Azalea is now taking the independent route as alot of artists are and making her own moves. Iggy Azalea posted I’m officially unsigned !!!! ?? Wild you spend so long trying to get IN […]

Bhad Bhabie is letting the world know that she has taken over Iggy Azalea’s white girl spot in the rap industry. On her newest song “Hi Bich” the remix Bhad Bhabie calls out Iggy. Bha says “Bi**h don’t compare me to Iggy/ That old h*e is washed, and I’m lit/ Wouldn’t pay her to wash […]

Jay Z recently admitted to cheating on Beyonce in a sit down in-depth interview. Well today we now have art imitating life in Jay Z’s new “Family Feud” video. In the video Jay seems to touch on the Becky with the good hair Rachel Roy cheating scandal. In the video Jay walks into a church […]

Quavo and Iggy Azalea are Hip Hop’s newest flame. Iggy was spotted leaving LAX airport when photographers noticed a Cold Sore (Herpes) on her lip. We hope she did not get that from her new boo Quavo. As seen with OffSet we are sure Quavo also has groupies in ever city he goes to, being […]