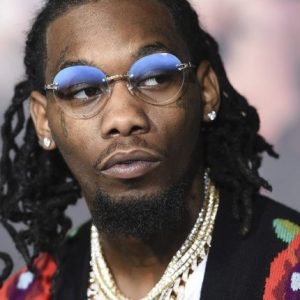 Its a sad day for the Combs and Porter family as the mother of Diddy’s children and successful model has passed away at the age of 47. It is said that she has been battling pnuemonia for the past few weeks and family has kept it on the hush. Kim Porter has 3 children with […]

Riff Raff has taken to social media to announce to his friends and family that he is being extorted by an escort agency and laywer for the past 4 years. Riff Raff says that they are demanding $1 Million dollars cash for an unknown reason, but he claims they have done this to multiple celebrities […]

Kodak Black announces he is building a school in Haiti

Kodak Black also known to the world as the Project Baby has announced that he is building a school in his home country of Haiti. Kodak Black has also stated that he bought his grandmother a mansion in Haiti as well for her to live in. Kodak Black is making huge efforts to his home […]

Iggy Azalea had annouced via her verified Twitter account that she was no longer signed to her label Island Records. Iggy Azalea is now taking the independent route as alot of artists are and making her own moves. Iggy Azalea posted I’m officially unsigned !!!! ?? Wild you spend so long trying to get IN […]

Famous Dex is in hot water as he pulled a gun out on college students at UC-Irvine in California. The school held their annual Shocktoberfest which ended up being shut down after Famous Dex went into the crowd and students bum rushed the stage. YG was scheduled to headline the show which clearly didnt happen […]

The Houston Rockets & the Los Angeles Lakers faced off this week and it went down between Rajon Rondo and Chris Paul. As you can see below via SportsCenter instagram blows were thrown between the two, Brandon Ingram was also involved in the scuffle after throwing a punch as well. Chris Paul, Brandon Ingram and […]