Last night it went down at New York Fashion Week between Nicki Minaj and Cardi B – and it got physical. According to multiple sources – AND VIDEO – Cardi got into a fight fight with Nicki Minaj and her friend, reality star Rah Ali. The fight popped off, because Cardi alleges that Nicki made […]

Vic Mensa slandered Teka$hi 69’s name in a recent interview, calling Tekashi 6ix9ine and the carefully staged stunt in which 6ix9ine pulled up on Chicago’s notorious O-Block “goofy” and “lame.” He added that 69 stole his style from Chicago. If you thought 6ix9ine was going to be low key now that he’s a crime victim, […] 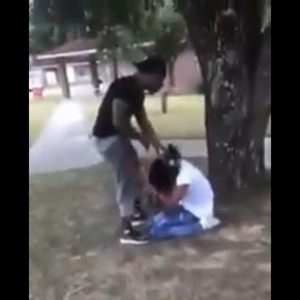 Well the 2017 BET Awards was something for the books with all the winners of this years awards along with all the drama behind the scenes. Migos were on doing interviews after the award show, one with Complex hosts of Everyday Struggle podcast with host Joe Buddens. Joe Budden’s clearly does’nt like any upcoming rappers […]

More hip hop beef is in the air as the latest fued is between Offset of the Migos and XXXTentacion & SahBabii. The apparent beef is over Offset not feeling Lil Uzi Vert’s upside cross necklace. Offset said recently “All y’all n*ggas wearing upside down crosses, even my little partners, stop that sh*t. You look […]