Megan Thee Stallion has revealed that she was shot this past Sunday when Tory Lanez was locked up and charged with gun possesion. Meg's team revealed that she was setup by her label ceo Carl Crawford from 1501 Ent. Meg and Carl have been in a fight over money both claim is owed to each other. Meg also reveals that Tory was protecting her from the ambush when he was locked up! Check out Meg's post below.

According to reports, a 5 year old boy was swimming in a pool on the property when he started having trouble breathing, and a 25 year old woman jumped in to try to save him. The woman and boy were unresponsive when they were transported to Memorial Hermann Greater Heights Hospital. They were later declared dead. As of now Carl has not been arrested or anything. Stay tuned for more updates

1501 Ent CEO Carl Crawford just went on Instagram and exposed former friend/business partner T Farris for being a snake who double crossed him and made Megan Thee Stallion turn on him! Carl went in on T Farris called im a broke bum who got his teeth knocked out and robbed. Check out the IG post below and tell us what you think! 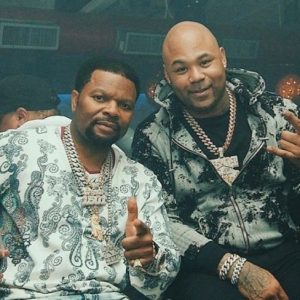