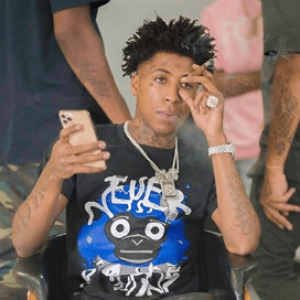 NBA YoungBoy is showing why he is one of the biggest artist in the game. NBA YoungBoy's new album "Top" does not drop until September, but pre-sales already have it number 7 on the billboard album charts! Congrats to NBA YoungBoy for this accomplishment.

Master P the icon has once again stepped up big time for our community. Friday 3 year old Trinity Randolph was laid to rest in a beautiful funeral. Trinity was killed with her father from gun viloence. Master P of course stepped up and paid for Trinity making sure the princess would be laid to rest in class. Check out the video below which shows some scenes from Trinity Randolph's funeral.

Kim Kardashian's prison reform has been very successful to date. Kim has freed 100's of wrongfully convicted people in the past year. Today via twitter Kim Kardashian has revealed she is teaming up to free rap star Corey Miller better known as C-Murder. In a series of tweets below Kim let it be known she is going full force to free C-Murder.

Some sad news for rap icon C Murder who just got word that his new trial was denied once again! C Murder has been in prison for over 17 years after he was convicted for the murder of 16-year-old named Steven Thomas. Even with witness recanting their statements saying it was not C Murder, he is still locked up. So now C Murder is pleading to Jay Z and Meek Mill to help him get out of Prison!

C Murder who is regarding as one of the pioneers of gangsta rap in the South may have just gotten some great news! It is being reported that the witness who back in 2002 accussed C Murder of the murder is now retracting his statement. The Witness claims he was forced by detectives to blame […]