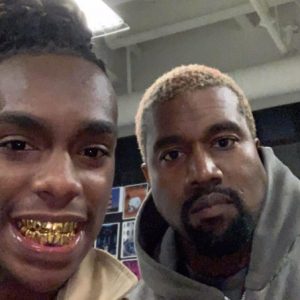 YNW Melly is still stuck in jail suffering from Covid-19 after the judge denied his early release. Melly and his team are now reaching out to Kanye West and his wife Kim Kardashian who is known for getting prisoners released early from jail. Kanye is now working with his wife and President Trump to get the superstar rapper out of jail. Stay tuned for more updates. 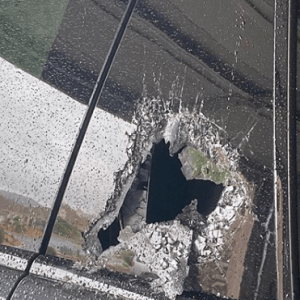 Wack100 is one of the most respected and connected people in the music industry and he does not back down from speaking is mind. Today via his instagram page Wack100 posted a picture which shows his car being shot up! Wack even called out the shooter calling them scared punks who only let off 1 clip. Check out the shooting pictures below and tell us what you think!

Another Co-Defendant in the Tekashi 6ix9ine Nine Trey Blood case has went down. Fuguan "Fubanger" Lovick the man who shot at Casanova's crew during a 2018 beef that took place at the Barclays Center was sentenced today. Fubanger pleaded guilty to to one count of discharging a firearm during and in relation to a crime of violence, which carried a guaranteed minimum of 84 months. He previously pleaded guilty to assault with a dangerous weapon.

In honor Yams Day 2020, Drake gifted A$AP Rocky a huge diamond pendant of his friend A$AP Yams. The chain and pendant worth about $50,000 was given to honor Yams at Yams Day 2020 which is the concert that will be held at the Barclays Center in Brooklyn. Drake commissioned Jason of Beverly Hills to create the 500 grams of gold, 15 carats of diamonds and detailed enamel work to capture the influential figure in his signature look.

Major congrats in order for the late great icon himself Nipsey Hussle who's "Victory Lap" album has officially been certified platinum. Victory Lap was released on February 16, 2018. So also most 2 years later the album finally gets is roses.

A new video has been circulating on the internet and it shows Lil Pump and his friend getting ran down on by Lil Tracy. In the video you can see Tracy press up on Lil Pumps friend and saying a "You a Lil Hoe". In the video you see Pump's face which looks scared shitless and ready to pull off before anything would happen to him!

50 Cent and Starz are now coming after French Montana's pockets! 50 Cent and French Montana are going at each other hard on instagram! French tried to hurt 50's cash cow "Power" by leaking the new epsiode on Instagram. Only problem is that leaking stuff like this is very illegal and French should have known 50 would sue him if he messed with 50's pockets. French has since deleted the leak he posted on his Instagram off his IG, but the digital footprint is still their when you search it. We are being told that 50 and Starz are claiming they lost Millions because a lot of people decided not to watch after French did the leak. Check out the post below from French.