Former B2K member Raz B is back to speaking his truth when it comes to former manager Chris Stokes who he revealed raped them when they were young boys in the superstar group B2K. Raz B took to instagram and said "What's up, p***y? Oh, my bad, I can't refer to you as that because you like little boys," Raz B said in the video posted on IG. "It's been seven; it's been 10 days. Don't have nobody reach out to me. You know my number, n***a. The 9168 number. Call me, 'cause I know, and you know, I wouldn't want to be in jail. I'm trying to save you, n***a. But you gotta do the right thing, bro." 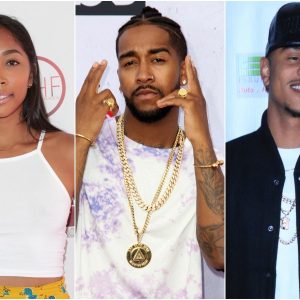 Video of B2K singer Raz B twerking in the strip club

One has to feel real sorry for Raz B. This man has been raped by his former Manager he claims Chris Stokes. Went from being apart of the biggest RnB group of the 2000's B2k to broke. Now with the millennial tour kicking Raz is back in the spotlight. Today we have a video of the troubled singer twerking in the strip club. The video shows Raz B basically dancing like a girl on the stripper girl he had dancing on him. Check out the video below and tell us what you think.

After many years of doing their own separate solo thing, B2K is finally back together and ready to tour. Former Manager/CEO of the group Chris Stokes has also come out of hiding since the news broke of B2K going on tour. It has been well documented from the group that they were sexualy assuatled while […]