President Trump let the media know that he has received a lot of calls from his African American friends begging he step in and help A$AP Rocky be freed from Sweden. President Trump let it be knonw that the country of Sweden has a strong relationship with the USA so he is hoping things can be solved quickly.

The Los Angeles Lakers are doing something that is without a doubt awesome! The Lakers are planning a Nipsey Hussle night which they will wear custom Nipsey Laker jersey with his legendary Crenshaw logo on it. Nipsey's name will go in place of the sponsor logo on the left side of the chest. No word yet on what night this will happen, but Nipsey loved the Lakers so this is pretty dope way to honor him. Lets not forget that Nipsey's funeral was held at the Staples Center. Check out The Game getting excited over this news. Even Lebron co-signed it by making post on instagram rocking Nipsey's iconic Crenshaw sweater.

Video of YNW Melly laughing in court & showing off his $100,000 diamond necklace

A video surfaced showing YNW Melly in court yesterday and in the video you can see Melly smiling. When posting the video of him in court on his instagram account Melly revealed he is smiling because he nows he will be home very soon. This seems to make sense because Melly also showed off his new $100,000 diamond necklace he had made by Johnny Dang & Co. Why would someone who is locked up in prison facing the death penatly get a $100,000 chain made if they were not coming home? So it seems Melly knows something good about his case that we do not know. Check the videos out below and tell us what you think!

17 year old sneaker seller based in London is going all over social media blasting Rich The Kid for stealing his sneakers. The 17 year old seller has released screen shots between he and Rich The Kid speaking on the transaction they both agreed upon. Since these post was made Rich The Kid has deleted his IG and the kid claims he still has not been paid. Rich even threatens to slap the kid in his face for making these post. Check out the screen shot's below

Hip Hop's Superman without a doubt is none other than Jay Z! This man has been saving younger rap stars a lot as of late. Coming to the aid of Meek Mill, 21 Savage and Nipsey has seemed to only motivate Jay to help even more. For those who have been living under a rock, A$AP Rocky is currently locked up in Sweden and reportedly is being held in a prison that is inhumane. A$AP Rocky and his team have been fighting on their own, but now the big guns are coming in thanks to Jay Z. Jay is reportedly sending the best lawyers money can buy with the goal being A$AP Rocky getting freed from that prison in Sweden. A press release is scheduled for sometime today or tomorrow per RocNation! Stay tuned for more updates. Again salute the God MC Jay Z once again this is major! 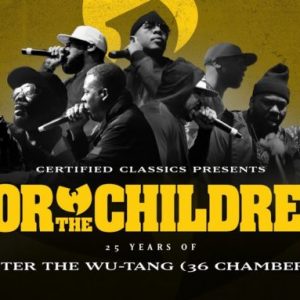 Word coming out of the Bahamas is that A$AP Rocky found him a new boo thang! Who is the new boo you ask? Well, word the we got is that while on the 3 day cruise which left from Miami and headed to the Bahamas, the two artist were sprung on each other. Steph Lecor […]

Mobb Deep’s Havoc Reacts To The Passing Of Prodigy

s Havoc, 43, said that he met Prodigy when he was 15 years old. Throughout the years, he’s seen his late friend go in and out of the hospital due to issues related to sickle cell anemia. That’s why P’s latest hospital visit didn’t alarm him. “We’re used to P going to the hospital,” he […]