600Breezy went on social media to let it be known that he will no longer beef with 6ix9ing in the public. Every since he was on 6ix9ine's instagram live 600Breezy reveals that the police have had a warrant for his arrest. Check out 600Breezys post below about beefing with 6ix9ine who he is now convinced works with the feds.

Police have recovered a gun from the scene which people close to FBG Duck are saying is his gun that he always carried. In the picture you can see Duck's glock with a extendo clip. What you also see in the picture is the glock jammed, which means it did not fire. So Duck had no way of protecting himself in the shootout which sadly killed him. Check out the photo below! 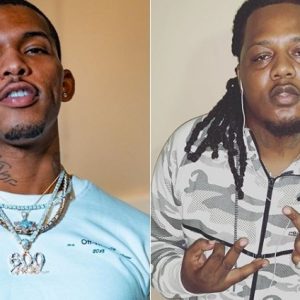 Chicago street violence does not care if you die! Chicago rapper FBG Duck who was gunned down Tuesday in broad day light has his enemies celebrating. 600Breezy moments after FBG Duck's death released a video dissing/celebrating FBG Duck getting murdered. Check out the video below and tell us what you think is 600Breezy wrong?