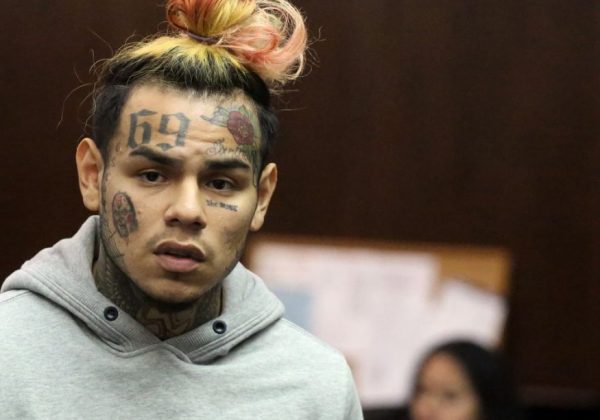 Police arrested a man named Anthony Jamel Ellison for the assualt and robbery on Tekashi 6ix9ine when he his jewelry and cash were robbed. Tekashi 6ix9ine was pistol whipped by the suspect as well when the robbery occured. Anthony Jamel Ellison is being charged with one count of conspiracy to obstruct commerce by robbery, a count of obstructing commerce by robbery and a count of carrying a firearm to commit a crime.

Back in July 6ix9ine was pulling up to his home in New York after a video shoot when the hooded gunman approached Tekashi and demanded all his jewelry worth about $750,000 and about $20,000 in cash. Luckily 6ix9ine’s family was hurt during the robbery as his child’s mother and daughter were there. No word on whether it was an inside job or not, but the suspect has been apprehended.