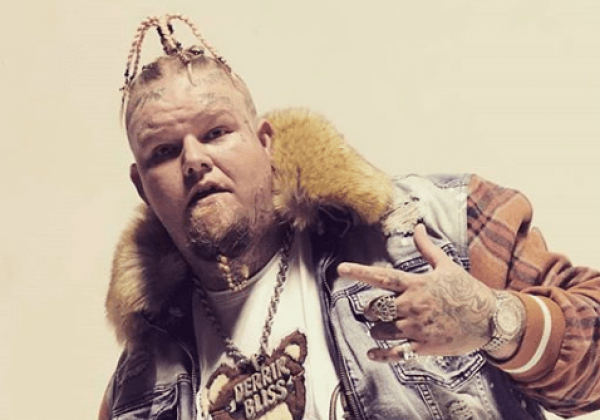 Derrik Bliss: Yo, Yo, what’s Goody! I am Derrik Bliss! I have long beautiful hair, I like long walks on the beach, fat asses, and I have a miniature tattoo of Jason Vorhees that I got on Friday the 13th one year….

Derrik Bliss: My rap name used to be Dough Boy, like back in 2007….. I got a Huge Tattoo on both sides of my neck, a D and B in Old English style lettering that stands for Dough Boy…. Then I learned the power of speaking things into existence, I Changed my Name to Derrik Bliss to match my Tattoo, I didn’t want to gain any more weight…and I haven’t since the name change… *Boom*

Derrik Bliss: Born in Midland, Texas. Never lived there, I’ve lived everywhere though. I can say this, I became a Man in Prescott Valley, Arizona. Got my heart broke in Lafayette, Indiana. Got Married in Rome, Georgia. Found true love in Bakersfield, California, But I love the L.A. sunset!!!

Derrik Bliss: My first album I bought was 3-6 Mafia chapter 2, World Domination, and a week later I bought Dr. Dre the Chronic… it’s been over with since then my life changed Haha

Derrik Bliss: I just released a full length project Called Felony Charges available everywhere!! I am pushing a few singles off the project “Lights Out”, “Detox”, and “Lately” the whole project is all bangers though.

Derrik Bliss: I’ve been in the studio for the last 2 years grinding!!! That costs a lot of money, I did some Shìt I ain’t necessarily proud of, long story short I got popped with like 50 bags of weed, had a great team and fortunately the right connections, and it was in a green state, I only got probation for “attempted trafficking”, but I got my first felony. I took that and made it into a positive to turn my life around spent everything I had on music videos and promotion and here we are. I dropped a classic.

Derrik Bliss: Rapper, Drake I fucks wit Drake heavy, or Posty he drops nothing but heat.Producer 808 Mafia I’d love to make a whole project wit him

Derrik Bliss: Shit I don’t think anybody touring or planning on doing so with this corona virus Shìt man….

Derrik Bliss: Anywhere I go I get nothing but love, the clubs, doing shows all that I always get positive feedback

Derrik Bliss: Right now? Shìt I been on Oliver Tree, Lil Baby, Monneybagg, My guy Derez De’Shon, the team AE in Atlanta they got some heavy hitters Euro Gotit and Foogiano. I did a lil show wit Euro dope dude good music.

Derrik Bliss: Shit I’m spending money when people are saving, I’m still pushing regardless of the situation. I am staying relevant, and pushing this project.

Derrik Bliss: Yea man shout out to everyone that’s been here with me for the journey, and buckle up shits about to get crazy. Lots of big stuff ahead just gotta get past this Covid situation, shout out to my boys at BMR, nothing but love! Yeah and Frank Hugo for president 2020 I’m out. Love y’all. 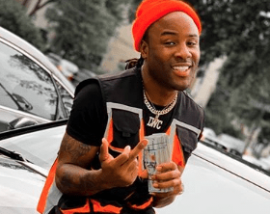 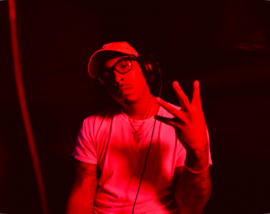 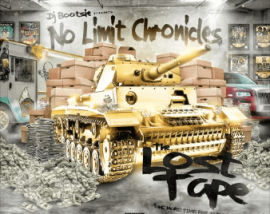