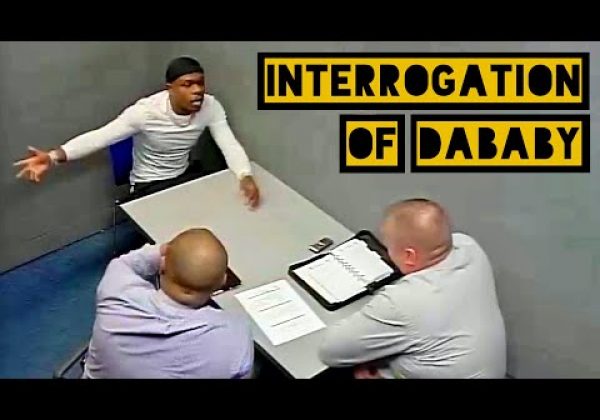 Finally video footage from DaBaby’s police interrogation in Miami has been released. DaBaby was accused of robbing a promoter who booked him for $80 dollars and a Iphone.
The rapper and his team allegedly robbed the promoter of $80 and an iPhone before pouring apple juice on him. He was questioned for the incident and spent 48 hours in jail.

In the video DaBaby can be heard saying “Take one look at me and tell me if I’m robbing anything,” DaBaby said before entering the interrogation room. “I’m on the f******* Forbes list, my n****. The Forbes list! Robbery? [laughs]”

Check video out below!