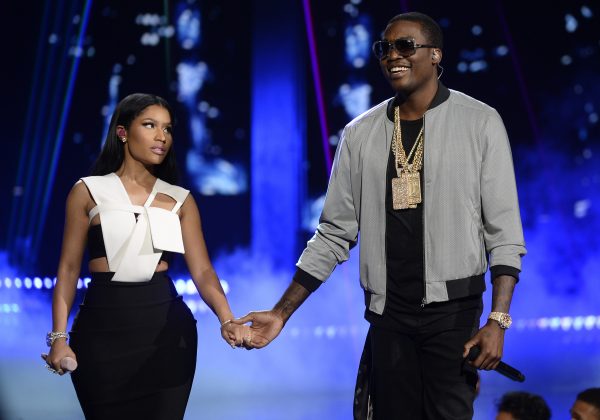 It seems Nicki Minaj does plan to get back with Meek Mill anytime soon. After seeing the lineup for the Made in America festival in Philadelphia and realizing Meek Mill and Her will be headliners it seems Nicki aint having it. Word we got is after hearing Meeks interview where he expressed his disgust in Nicki for not giving a good word on his behalf to keep him out of jail, Nicki doesnt feel safe in Philly and thinks Meek will have something done to her. Meek said about Nicki during interview “What type of lie is that to make up?” he said, adding that “somebody else was there but they said they don’t want to involve themselves in it,” referring to his ex-girlfriend Nicki Minaj.

“I wasn’t feeling that. She shouldn’t have said nothing,” he continued. He expressed his disappointment with Minaj, saying, “When it come to freedom, I don’t care who it is – this could be Safaree [Samuels], this could be anybody – if I know something and that man’s freedom is on the line and I could say something to help the situation? If it’s right or wrong, I’ma say it, I don’t really care.”

As now there has been no word or confirmation if MIA will take Meek off the show for Nicki or if Nicki will cancel.