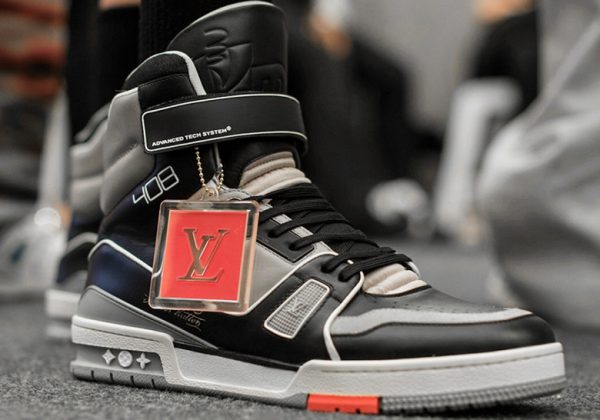 As you have already seen, a number of Virgil Abloh’s second phase of collaborative Nike sneakers were seen on-foot for the first time during Paris Fashion Week. However, Abloh’s most significant moment of the week was his first ever fashion show as the new menswear designer for Louis Vuitton. With that show, we were brought a detailed look at two of the Off-White frontman’s first sneaker designs for the luxury fashion house. With one low top dressed in white and a high top decked out in black, it is clear that Abloh borrowed cues from his Off-White branded line of sneakers as opposed to the deconstructed look that he brought to a number of Swoosh Brand favorites. One of “The Ten’s” signature and most talked about details is its red zip tie hang tag that gets replaced with a red “LV” version on these two offerings for a more luxe motif that seamlessly fits with the brand’s ideals. Equipped with LV branding and a premium high end aesthetic, it appears that Abloh is off to a strong start in his newly assigned role. Peep a first on-foot look at both upcoming sneakers below and stay tuned for updates regarding anything footwear related from Vrigil and Louis as we have them. 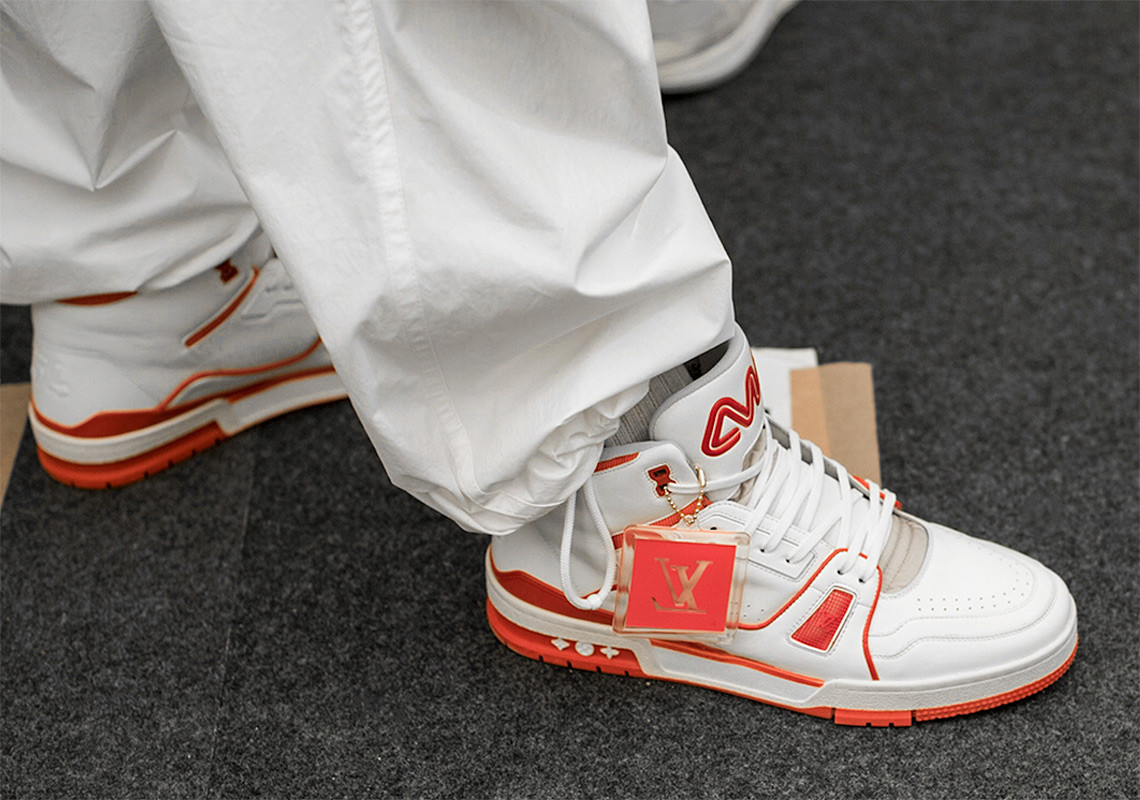 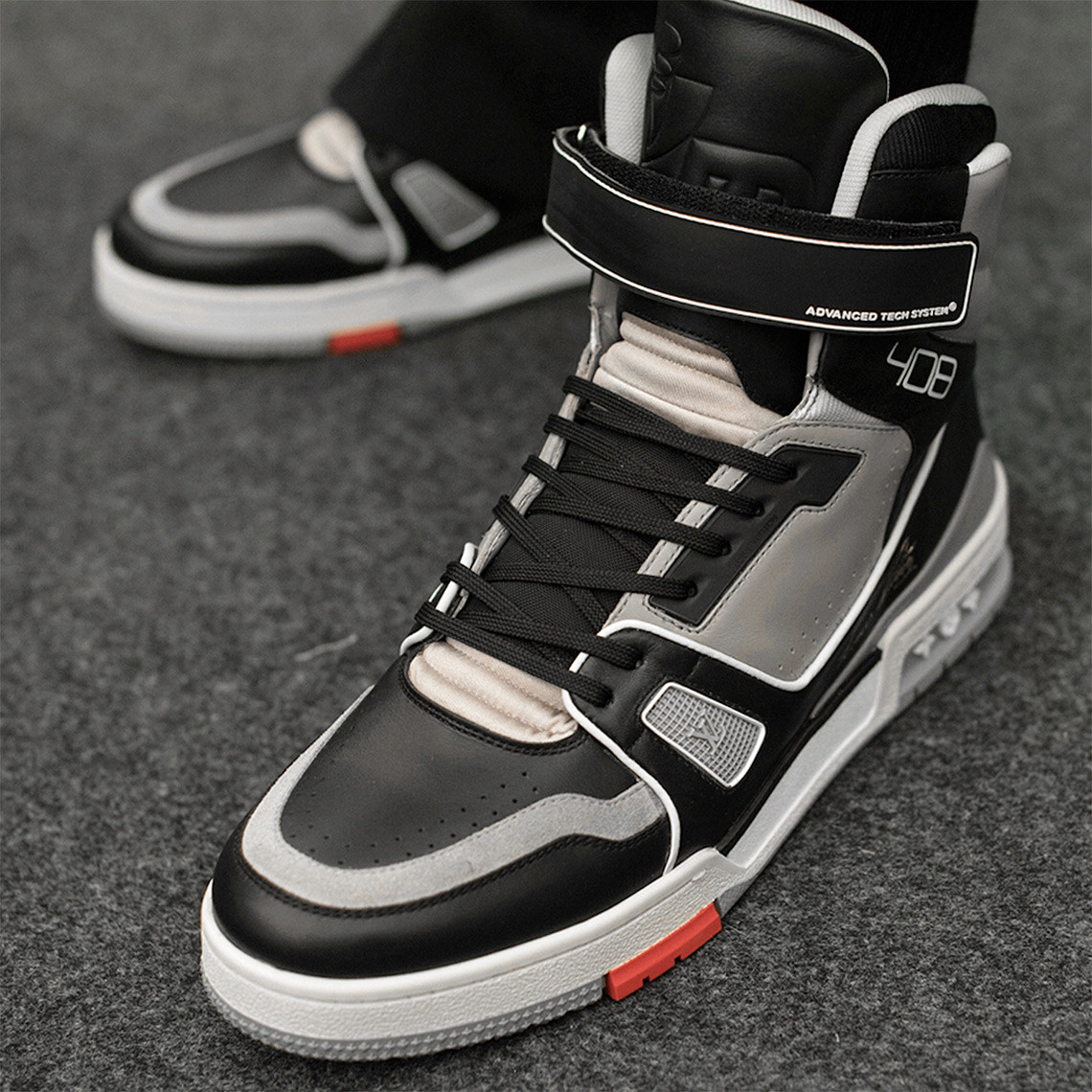 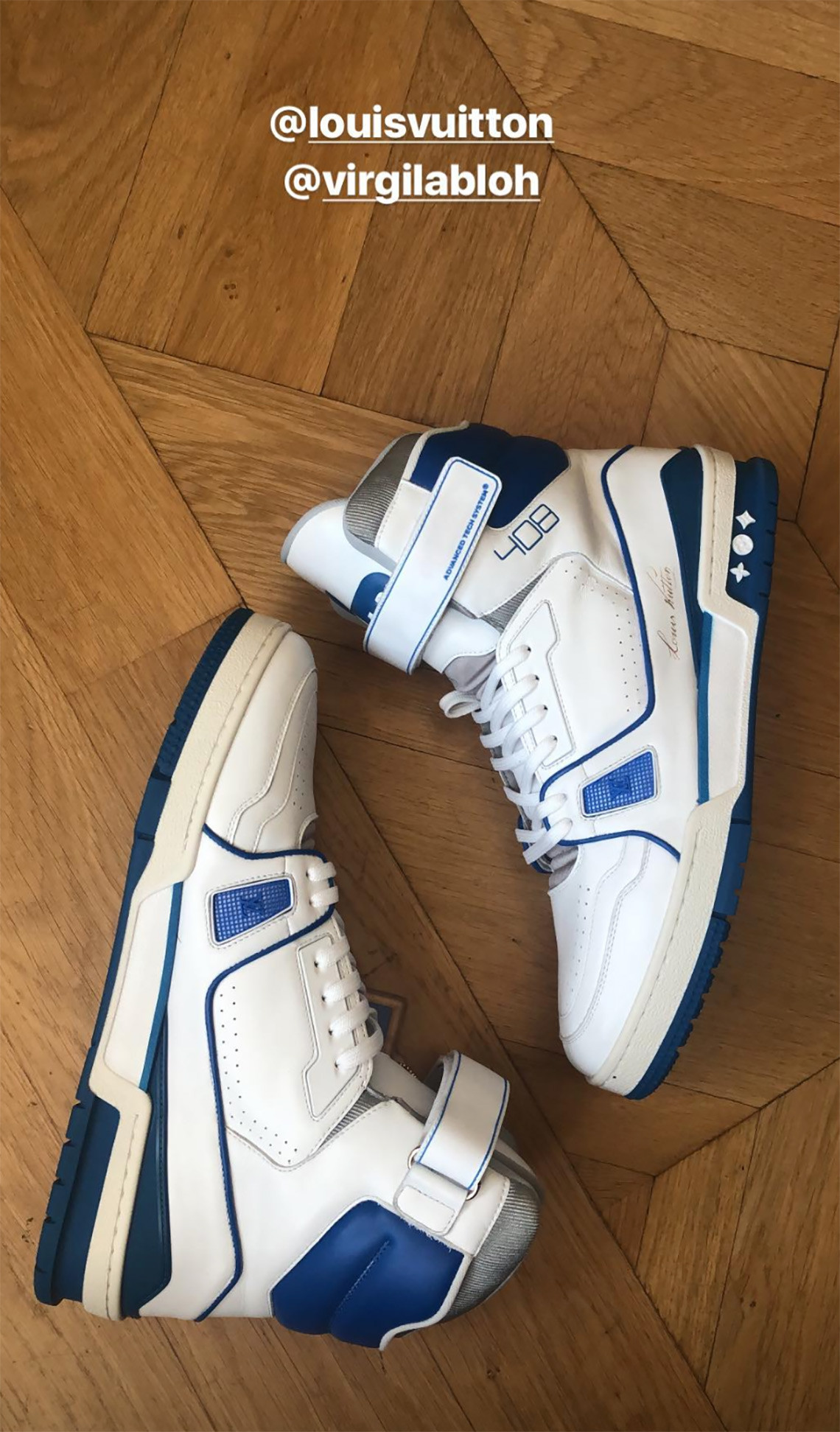 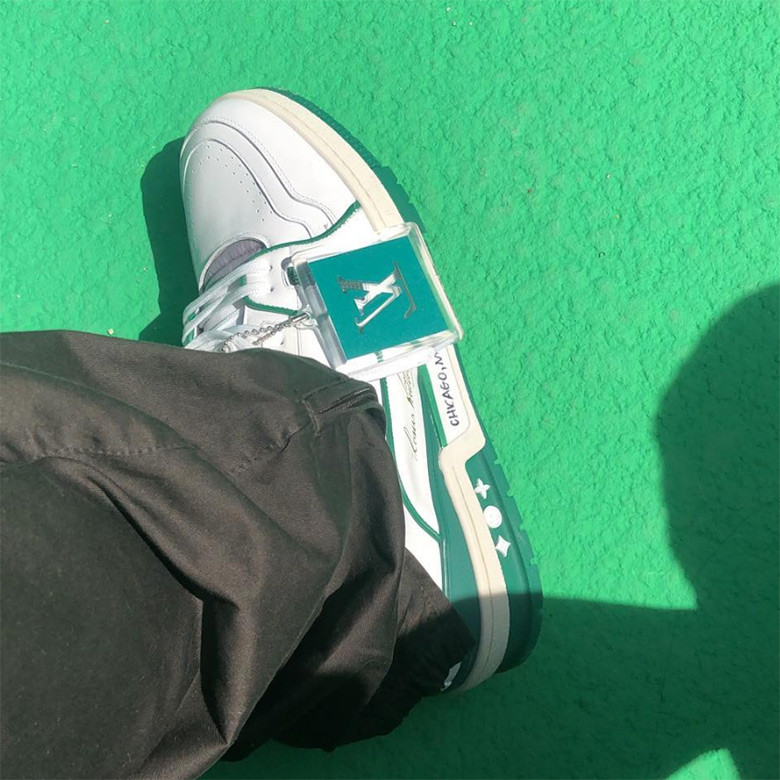 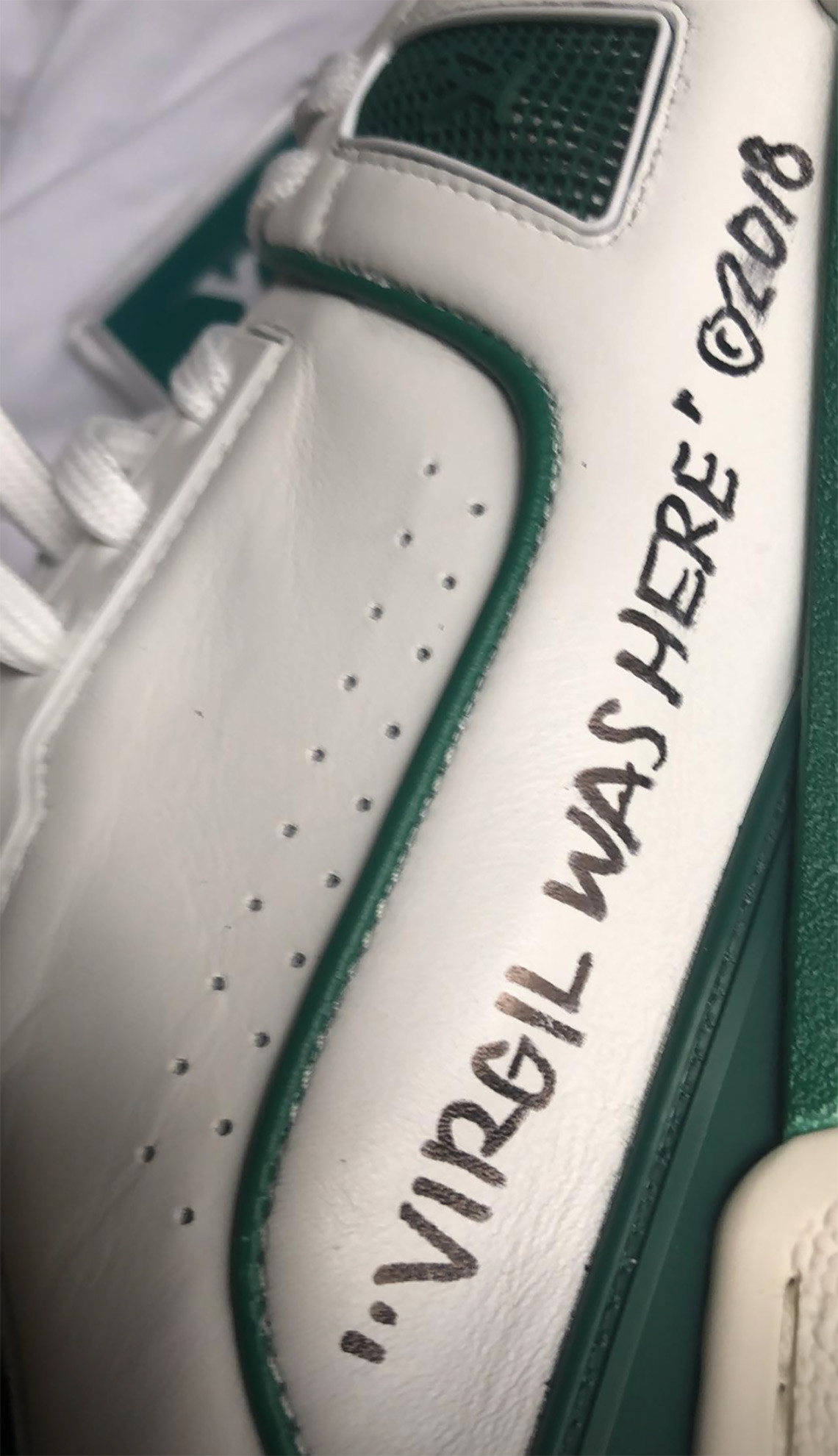 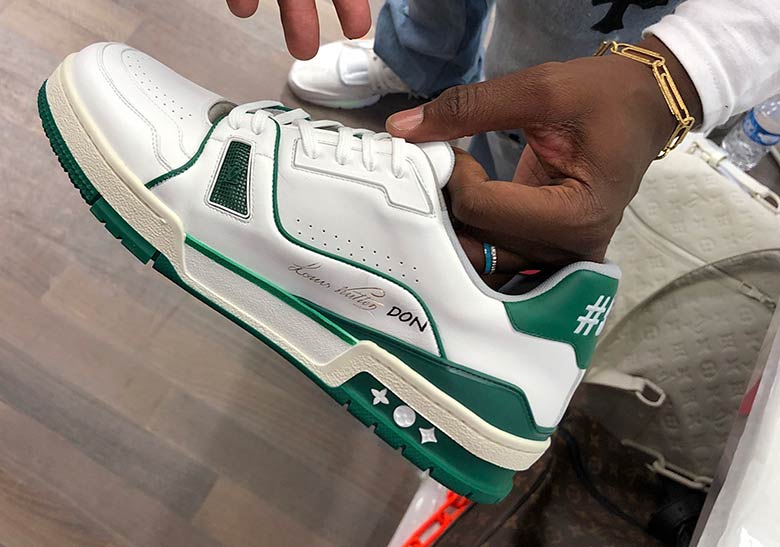