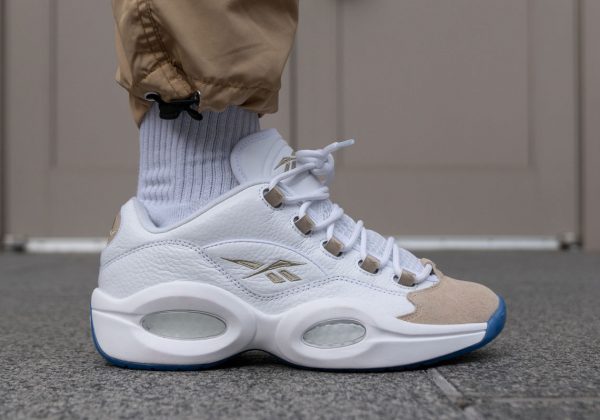 Back in December, Reebok promised to commemorate the life and attitude of Allen Iverson with the “Heart Over Hype” iteration of the Virginia-native’s first signature shoe. Since then, the Boston-based company has delivered on its pledge with numerous releases of the Question – both Mid and Low – honoring the places and essence that make up “The Answer.” Now joining the commemorative release roster is the Question Low “Oatmeal” that’s been on a 21-year-hiatus. Originally released in 1999 (the same year Iverson earned his first scoring title), this champagne-accented pair is arguably overshadowed by debut iterations, but offers an equally-compelling arrangement. “White” tumbled leather is kept intact throughout the entire upper, as are the “Oatmeal”-dubbed suede overlay at the forefoot and accompanying branding scattered throughout. Midsoles, which feature visible Hexalite cushioning, also stay true-to-the-OG, but their traction underneath boasts a darker, less translucent finish than original pairs. Take a closer look at the Question Low “Oatmeal” ahead and mark your calendars for May 7th to secure your pair on Reebok.com. 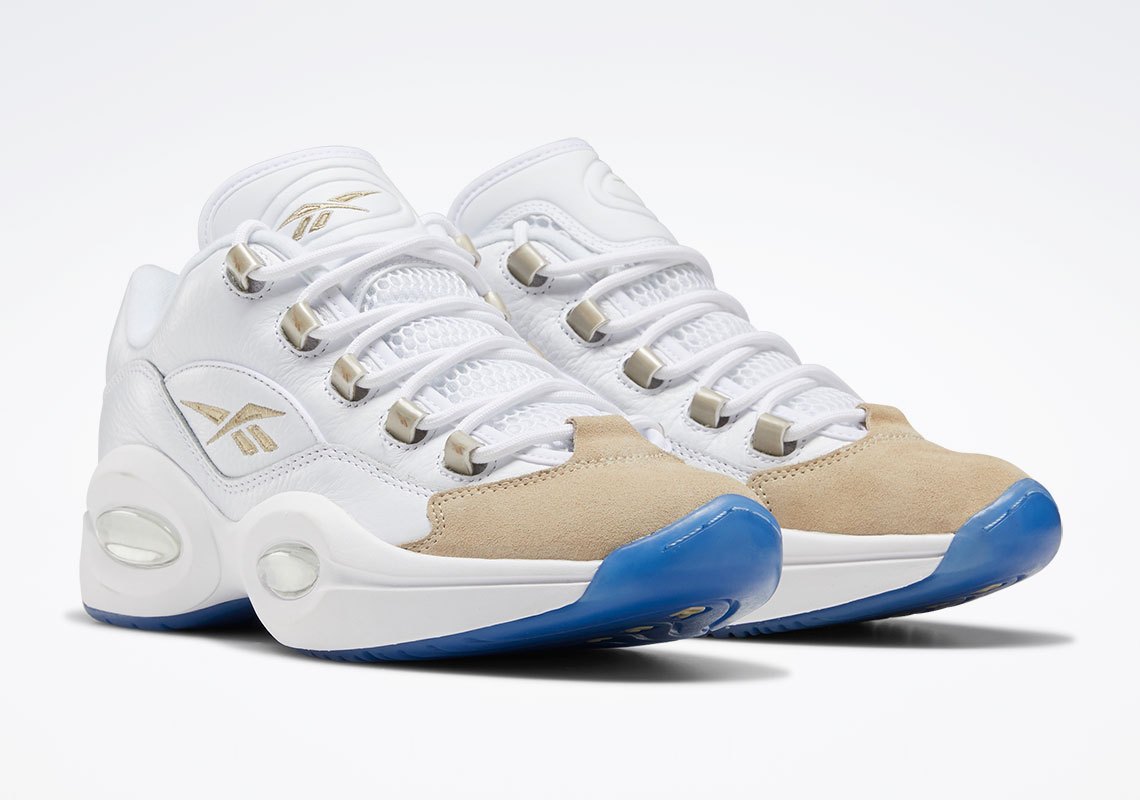 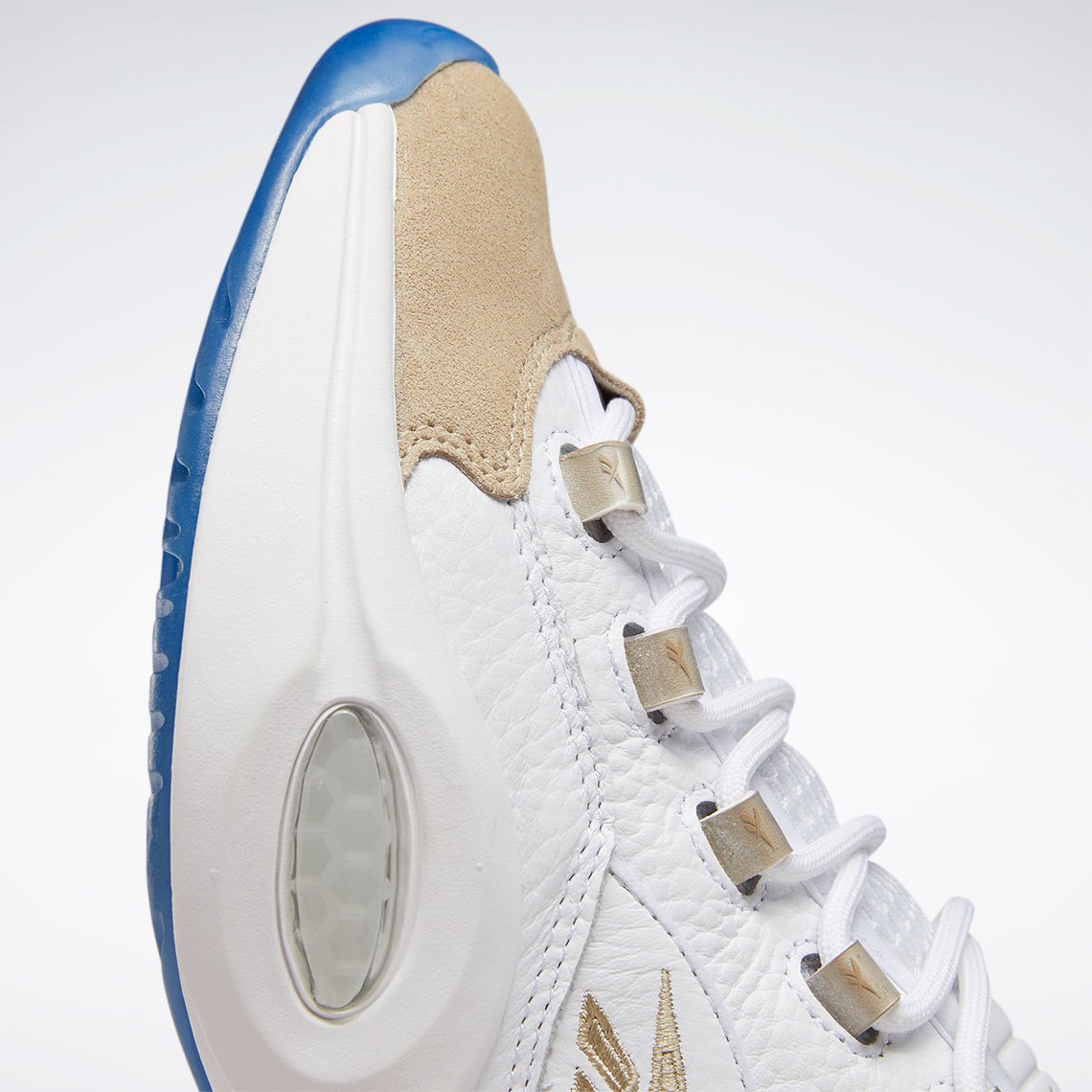 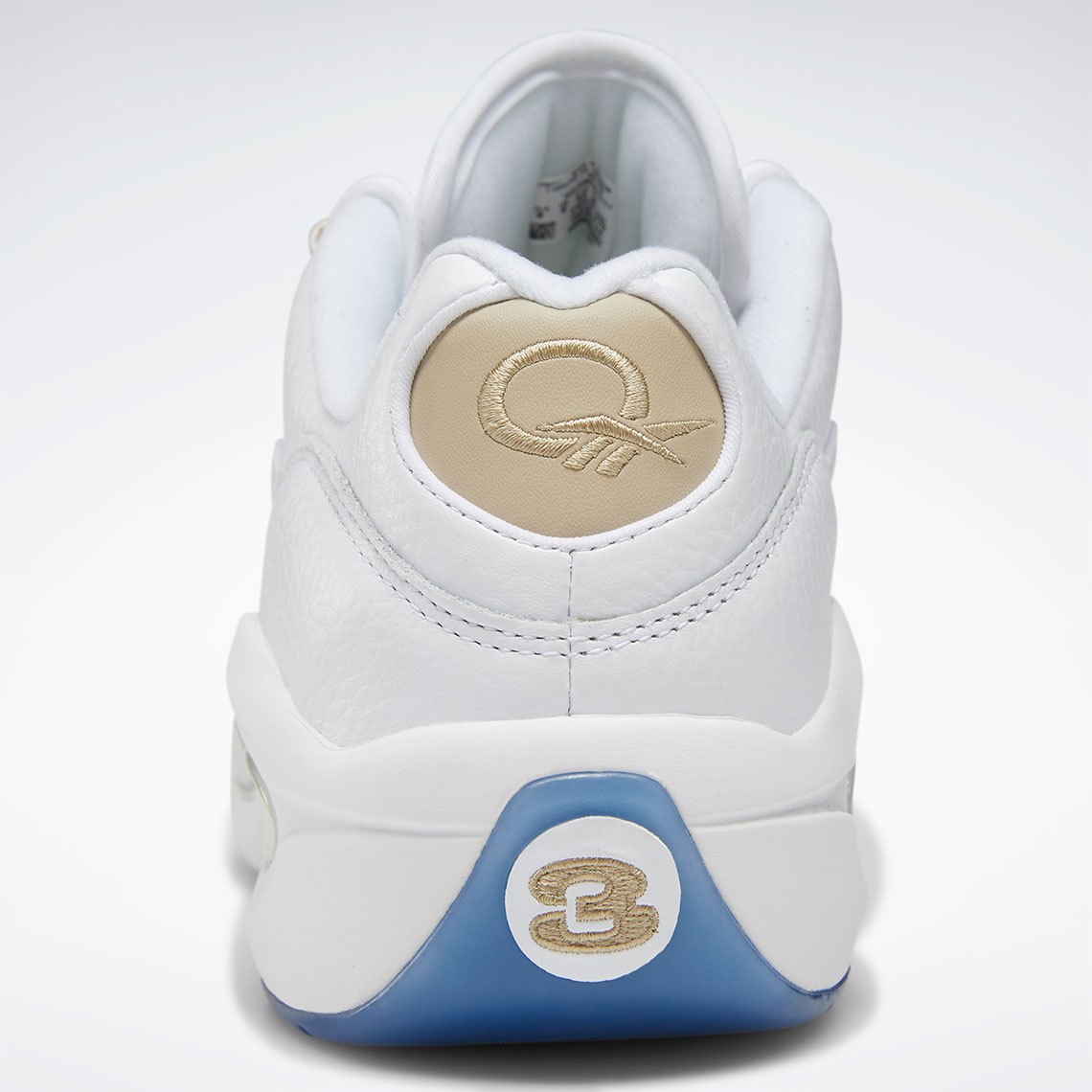