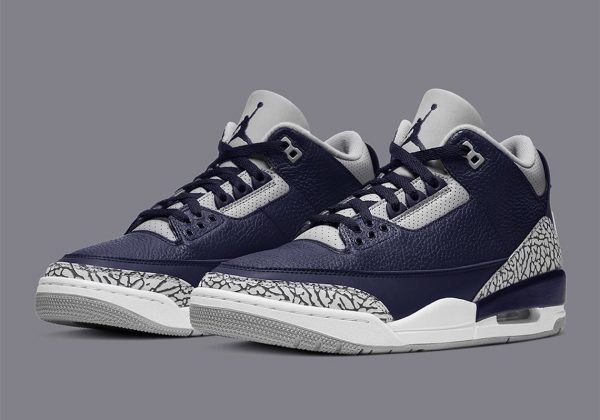 The Air Jordan 3 Is Coming Soon In Georgetown Colors

Georgetown, though likely inadvertent, has had a huge influence on sneaker culture for more than a few years now — their colors often being used for Jordan PEs as well as a few adidas runners and even some classics from Reebok‘s side of the camp. But thanks heavily in part to their use of silhouette, the Jumpman shows the most alluring command over the Hoyas brand as they’ve presented some of the most iconic displays of school pride by way of the Air Jordan 1, Russell Westbrook’s Why Not Zer0.1, and then the Air Jordan 3. The latter, which previously proffered an unattainable few, is now thankfully bringing the university’s colors to a more widespread front later next year. Expect dark Midnight Navy leathers to outfit the upper primarily with accents of Cement Grey and White likely taking the tongue, eye stay elements, and the pattern clad overlays. Grab a peek at the mock-up here and sit tight for further word on its currently rumored March 2021 release date. 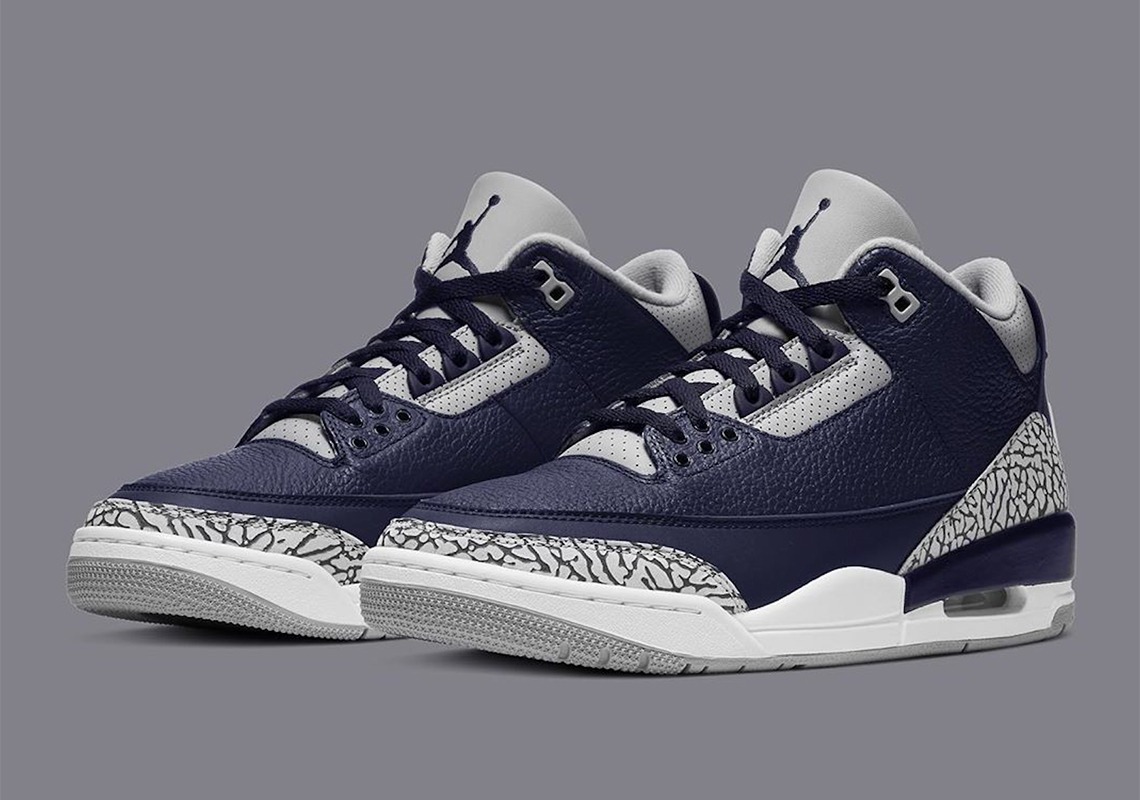