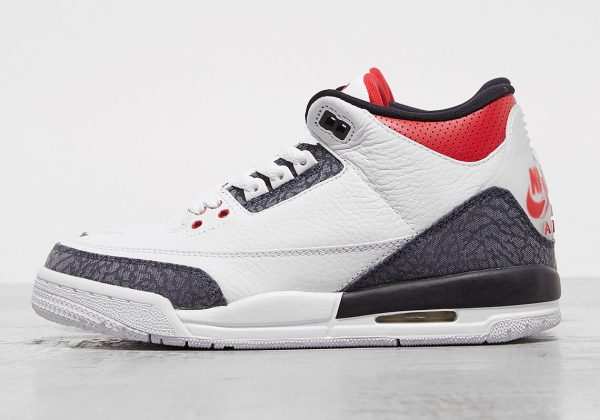 The Air Jordan 3, while widely-praised for its original assortment such as its “Black Cement” and “True Blue” colorways, is entering the second of half of 2020 with a new mindset predicated on this idea of modernization. This Fall, the 1988 classic has a duo of releases on deck for next month, in addition to a collaboration with Hiroshi Fujiwara’s Fragment Design imprint said to be in the works. Relative to the former, the first to kick everything off is a fresh take inspired by that of Japanese Denim. The highlights on these Jordan 3s are mainly expressed in two areas. The first being the traditional elephant print overlays which have be reworked with special denim textures, while the second is through the heels which have been reimagined with a new branding update that stacks the Jumpman and Nike Air logos on top of one another against its translucent mold. In terms of the rest of its design, its tumbled white leather bases, red ankle collars, and black midsoles recall similar elements to the silhouette’s OG “Fire Red” option. Scroll further down to get an in-depth perspective, and expect them to land on August 1st at Nike.com and select retailers for $190. 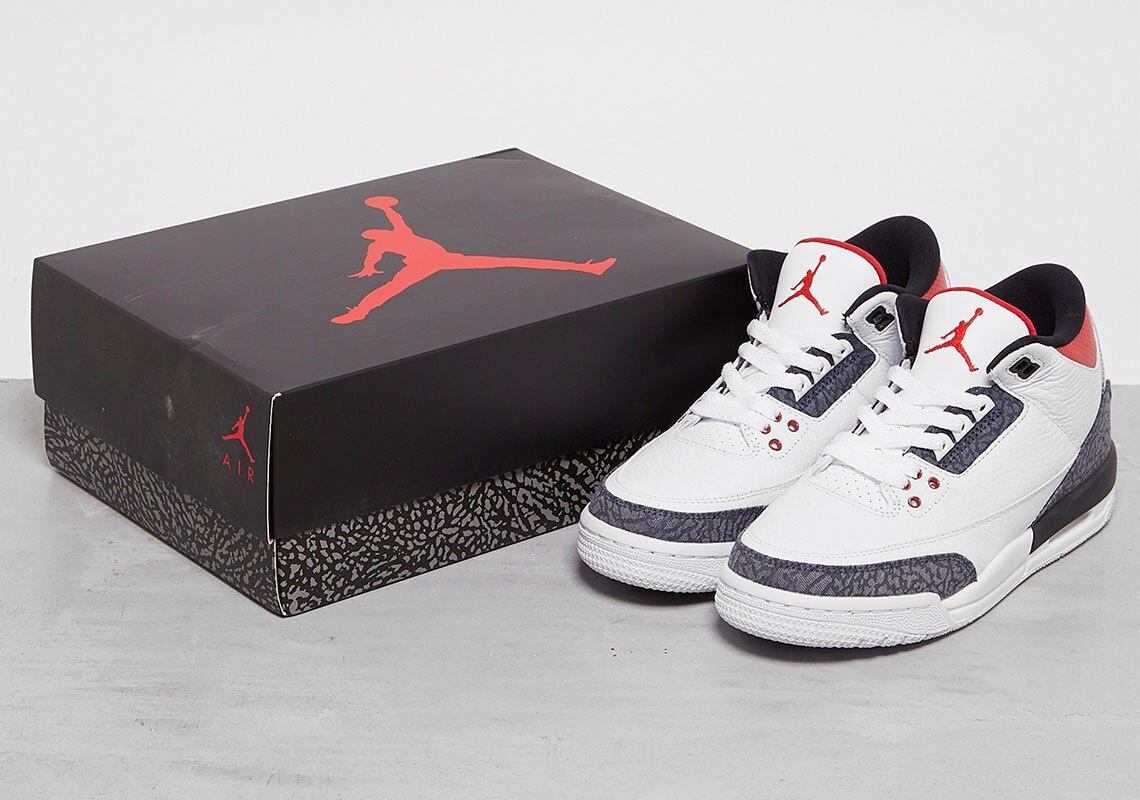 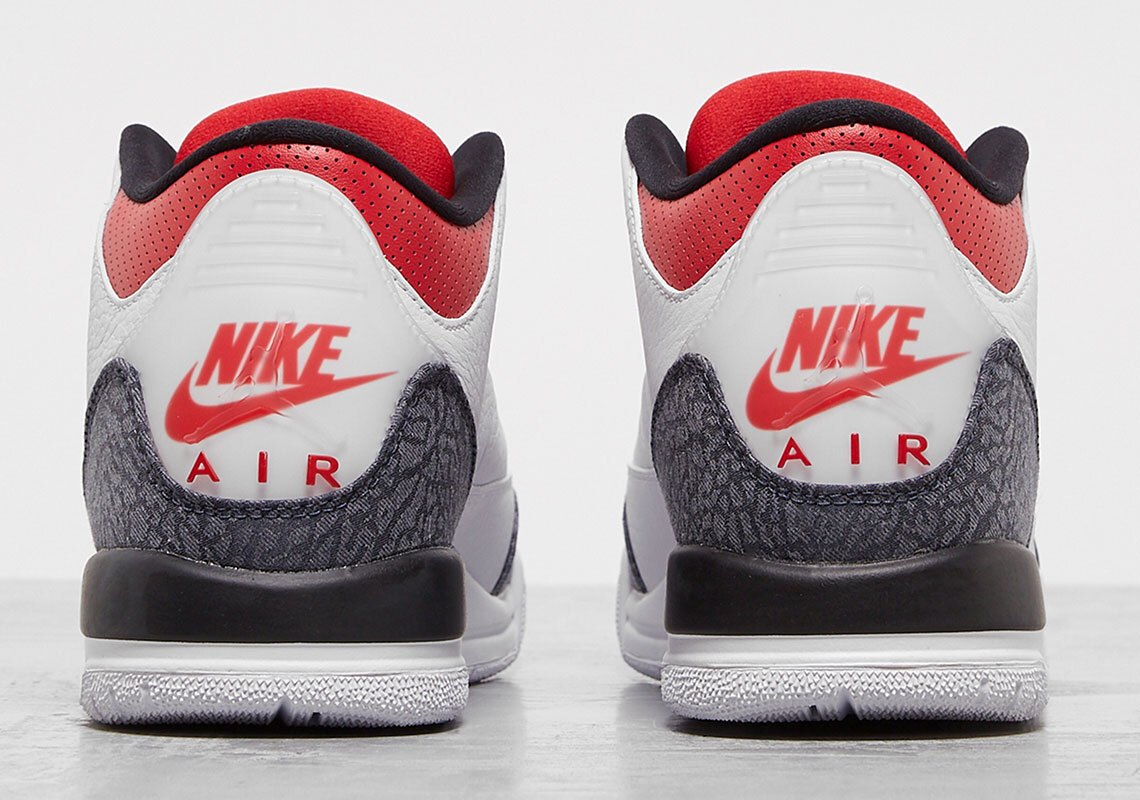 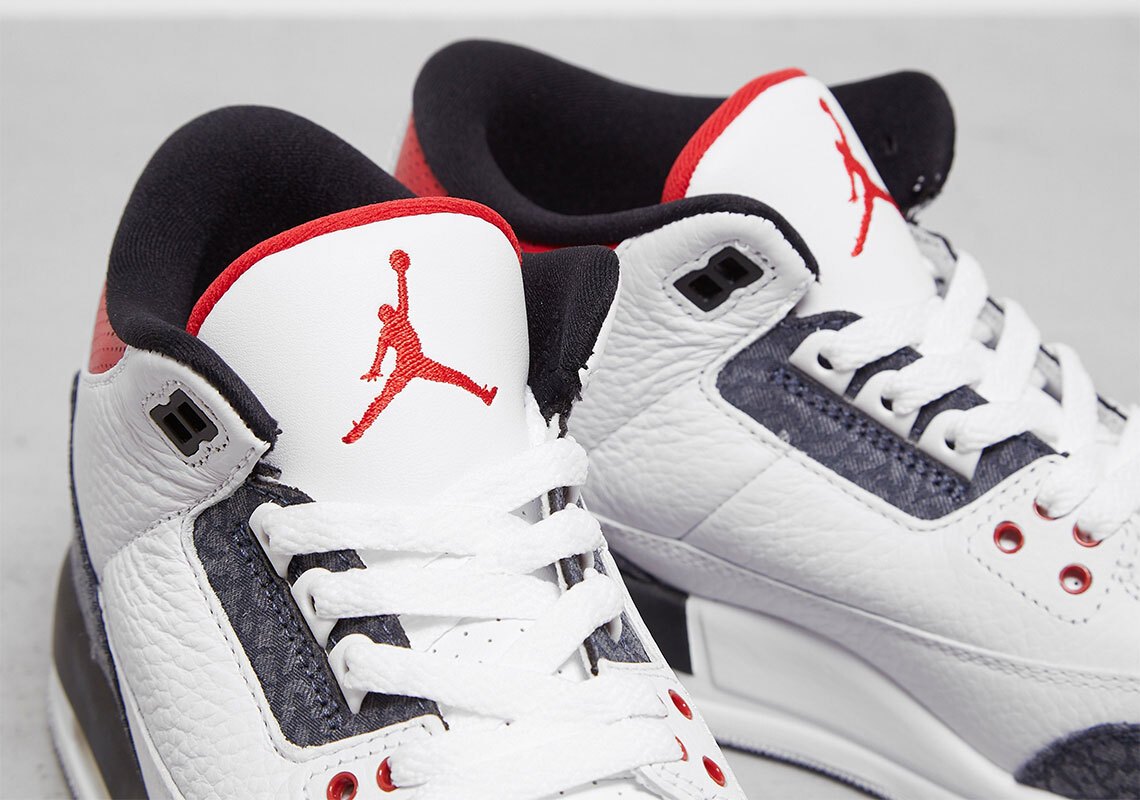