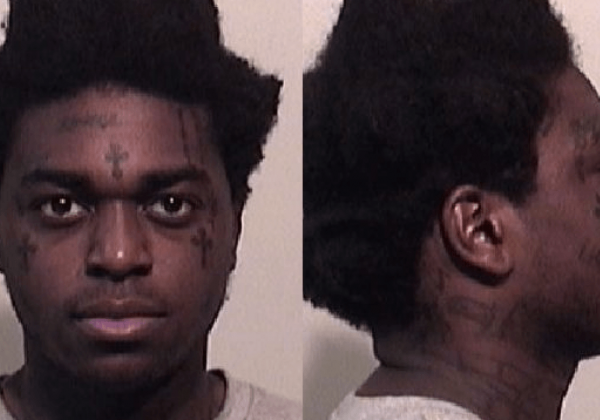 Kodak Black had fans really upset in Boston after missing his show Wednesday night. Fans were heard sceaming F**k Kodak Black. No one knew where Kodak Black or his team was even though the rest the tour support arrived at the venue. Well Kodak now has a reason as to why he missed the show, because he was arrested by the U.S. Border Patrol when trying to enter into the US from Canada.

Fans are pissed that #KodakBlack didn’t show up to his show in #Boston and apparently no one has heard from Kodak or his team! #hiphopoverload

According to TMZ Cops say Kodak and 2 others attempted to enter the U.S. at the Lewiston-Queenston International Bridge in a Cadillac Escalade with a temporary California registration. They say Kodak was the driver, and officers discovered weed on him … after further inspection of the vehicle they also found a Glock 9mm pistol which was undeclared by anyone in the Escalade.

There was also a Porsche traveling with Kodak’s team with 3 other individuals. The driver of the Porsche copped to having 2 loaded handguns and a third was found in the trunk … aaaand more marijuana. A law enforcement source described one of the weapons as an “AK-style handgun with a 30-round magazine. It looks like an AK, but it’s a handgun.”