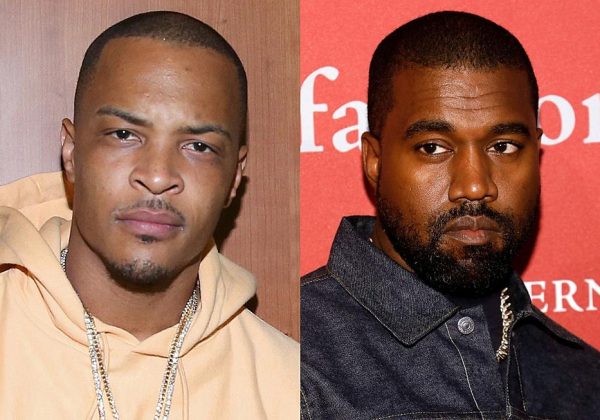 Kanye West says he will go to gynecologist with North West to check her hymen Like T.I. did with his daughter

Kanye West is defending T.I. for his virginity control of his daugher Deyjah who is 18. T.I. broke the headlines when he revealed that he goes to Deyjah
gynecologist with her to confirm her hymen is not touched and she is still a virgin. Kanye West celebrated one-year of his Sunday Service by hosting a special gathering on Skid Row in Los Angeles on Dec. 29, and he gave a passionate speech to the crowd. During his sermon, he referenced T.I., and seemed to defend his fellow rapper following comments he made about his 18-year-old daughter’s virginity earlier this year. “They tried to play T.I. but he’s talking about something that’s God approved,” ‘Ye insisted in his speech.

Kanye said he will be doing this with North West to confirm she is still a virgin while living under his roof. What do you guys think is Kanye wrong for this or right? 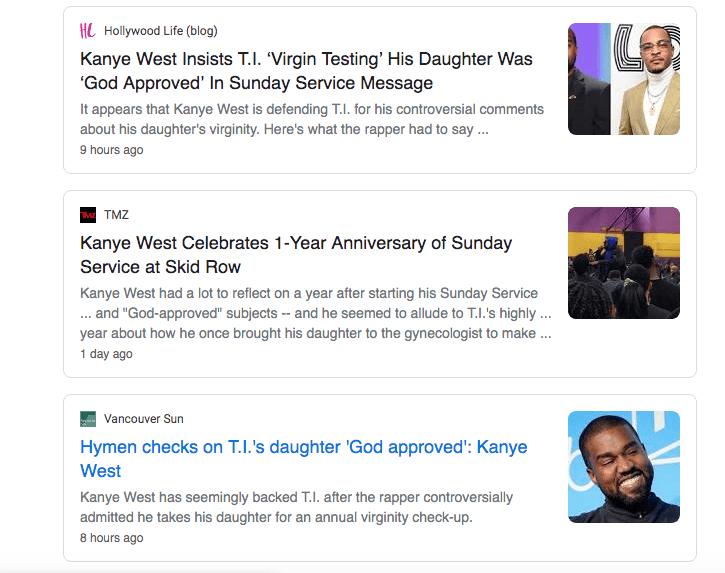 One thought on “Kanye West says he will go to gynecologist with North West to check her hymen Like T.I. did with his daughter”