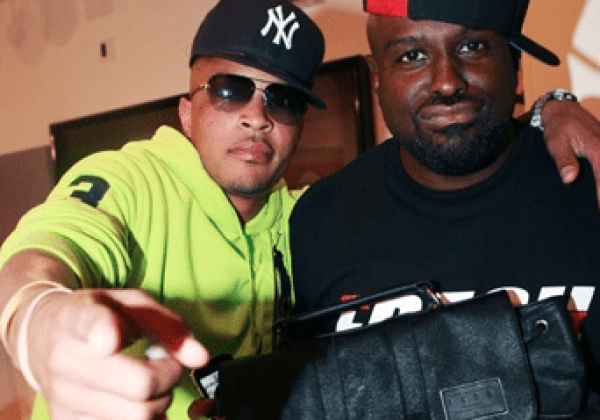 Funk Flex calls T.I. a snitch and a clown on live radio Hot 97

Fun Flex has destroyed T.I. on radio calling T.I. a rat, snitch and clown. Funk Flex says the streets does not claim T.I. for snitching. Funk Flex even went on to say Swizz Beatz and Jay Z sample made T.I.’s career. Flex said “New York City, this is the most important Verzuz battle ever,” the DJ claimed. “Because I’m gonna see a commercial corndog get handed to himself by the streets and I can’t wait because it can’t come any quicker.” “T.I., let me tell you something about yourself. You played yourself with that 50 Cent battle because 50 was never going to step in the ring with you,” Flex added. “He’s getting too much bread and you knew that. Busta Rhymes scared you. You really didn’t want that smoke.”

Check out the videos below!

Hahahah! Rappers that cooperate / testify for the police talk the loudest in social media! Why do informants always wanna have a voice after they cooperate? @ A rapper u think is an informant?😂😂😂😂😂

I have the utmost respect for @troubleman31 !!!! His record making ability is stellar! He’s a positive brother who does everything for his community! He also helps others any chance he gets! BUT PLEASE DONT TRY TO PAINT A NARRATIVE IN SOCIAL MEDIA TO THE YOUNGER GENERATION THAT AINT TRUE! PEEPED ALL YOUR SLICK SOCIAL MEDIA TALK AS YOU TRIED TO ROCK PEOPLE TO SLEEP BEHIND THE SCENES! YOU HAVE AN OPINION AND I GAVE MY OPINION OF YOU! YOU DOING @crimestoppersatlanta AND TESTIFYING IN COURT / TRIAL! WHAT WOULD U CALL THE NEXT MAN THAT DID THAT? COMMENTS OFF! #JustMyOpinion

Yo! Who made this? Nuts! @troubleman31 lay off them Crime stoppers videos bruh!🤷🏾‍♂️ @djhercules_787