6ix9ine is not letting up, this past week has shown the king of internet trolling going hard than ever and his target is Meek Mill. After running into each other in a Miami parking garage, 6ix9ine has since released a music video which has Meek Mill in it and a letter sent to 6ix9ine and his legal team is calling that video out. 6ix9ine claims that Meek and his legal team are blaming 6ix9ine for bullying Meek on the internet. Check out the post below from 6ix9ine which shows the actual letter that was sent to him from Meek Mills lawyer. 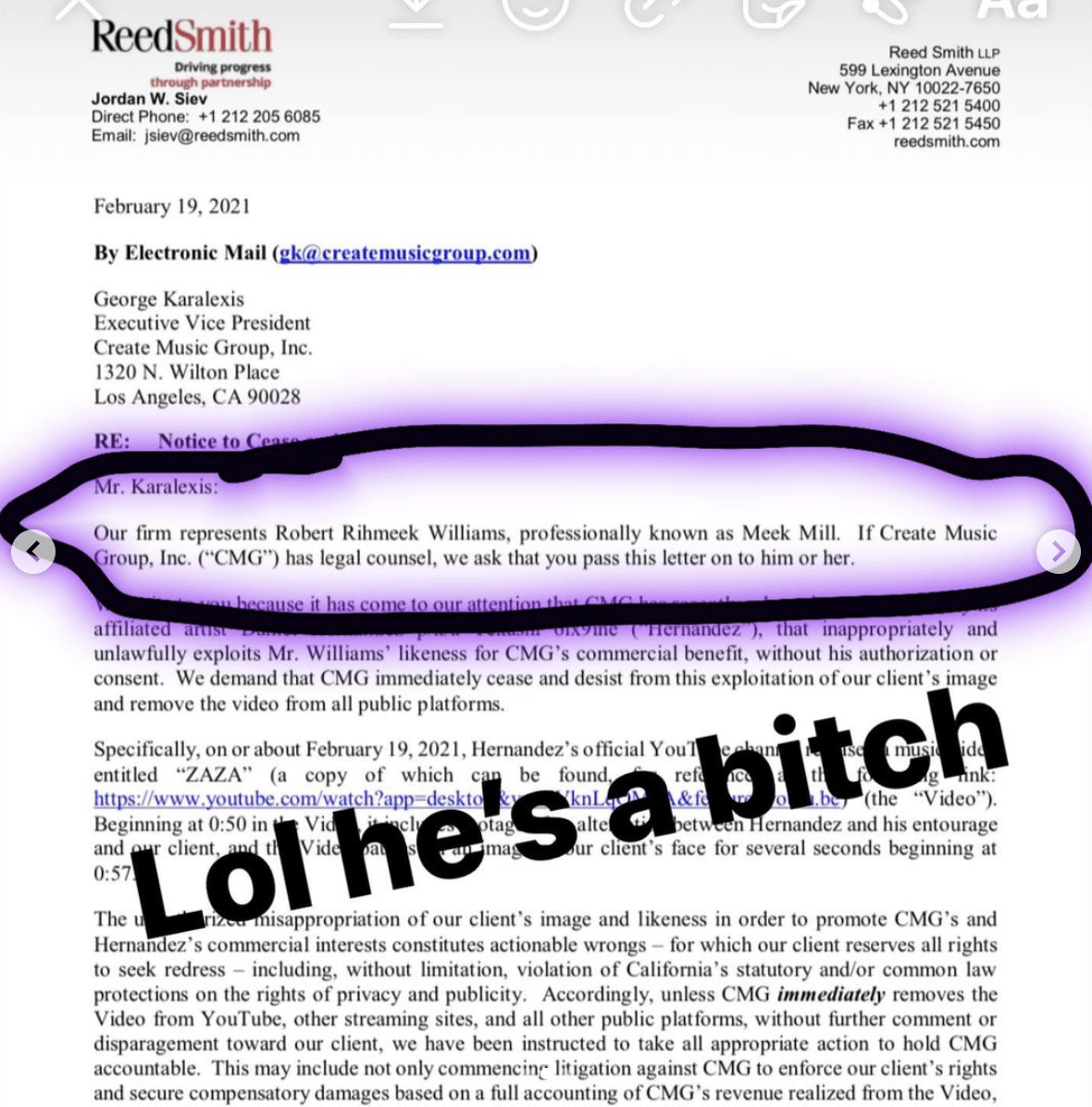