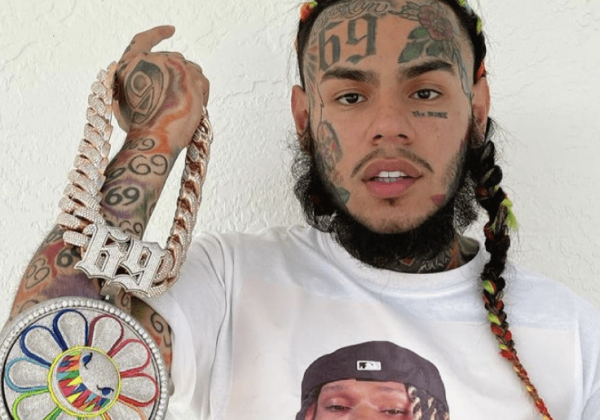 6ix9ine will not let up his attack and disrespect aimed at the late King Von. Via instagram 6ix9ine showed himself wearing a shirt with King Von’s picture on it and he mocks the Pooh Shiesty lyric in the Back in blood song featuring Lil Durk. 6ix9ine said “IF A NIGGA KILLA AINT DEAD YOU SHOULDNT WEAR NO RIP SHIRTS” mocking Lil Durk for wearing the shirt in the actual video for the “Back in Blood” Song. 6ix9ine also plays dead in one picture laid out in the street telling Durk to pick his mans up. Check out the post below and tell us what you think! 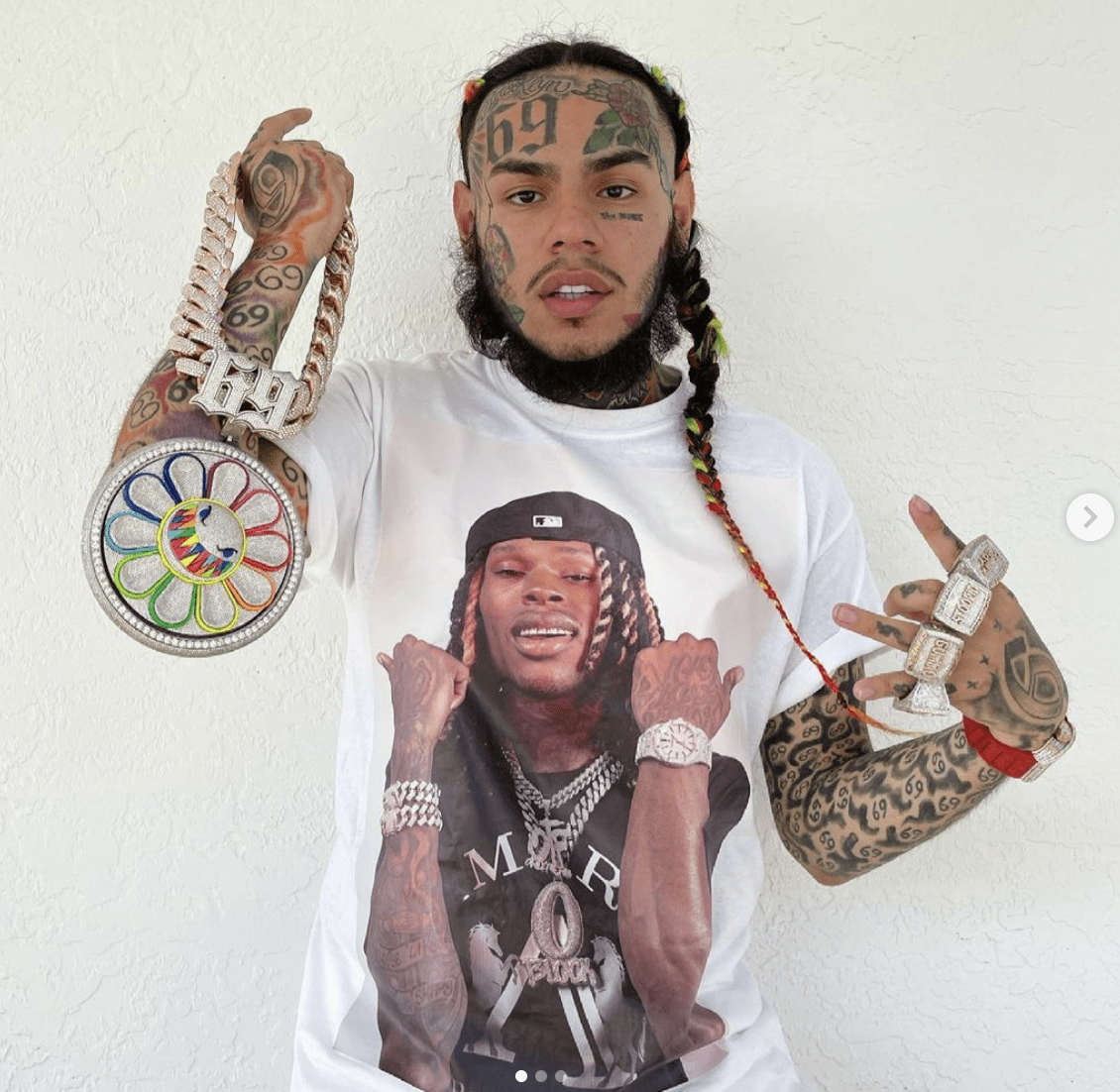 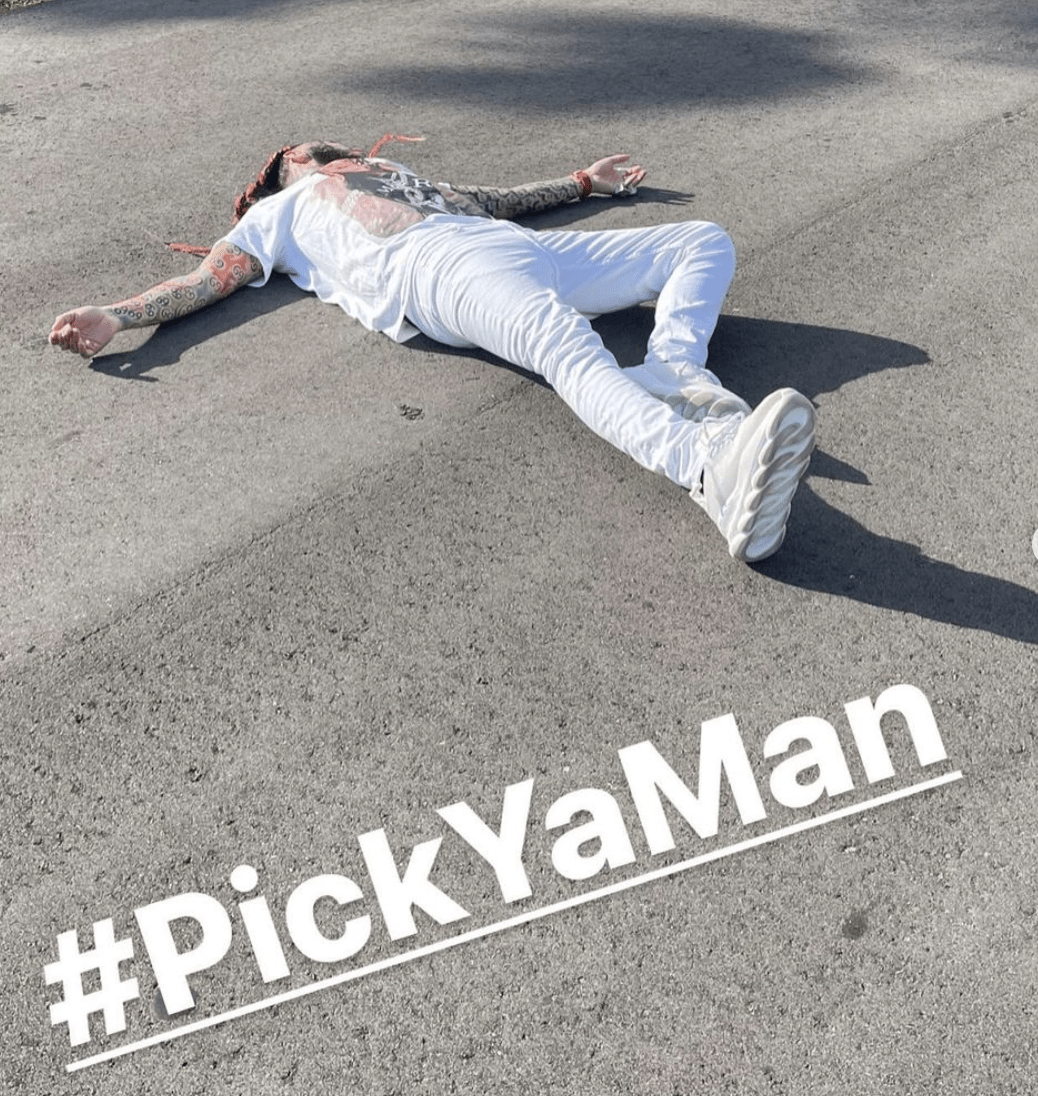 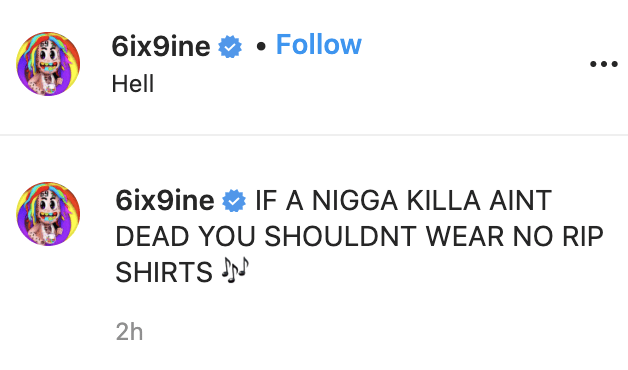