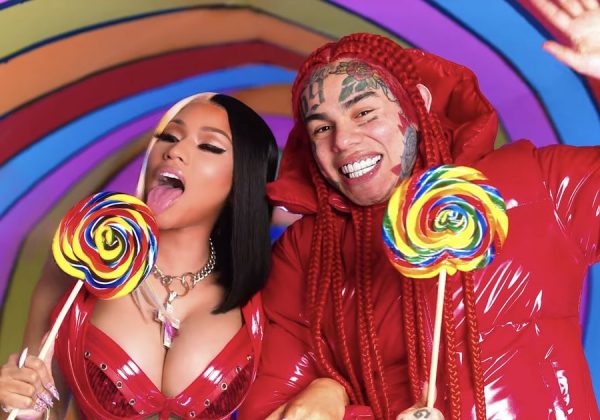 It seems 6ix9ine’s jig is up or not? After breaking the internet again with his newest video “Trollz” featuring Nicki Minaj getting over 46 Million views on youtube in just 24 hours. Was these hits fake? Well Adam 22 and others like Pop crave are calling out 6ix9ine and his low Spotify views for that same song in those same 24 hours. On Spotify 6ix9ine has only gotten US Spotify with 2.06M and 760K streams, respectively. This seems very off with all the hits he has gotten on youtube. Check out the tweets below and tell us what you think! Is 6ix9ine buying views to help his clout live on?

56 million views on YouTube and it couldn’t do 3 million streams on Spotify. Feels like the jig is officially up https://t.co/522Z5gRL2e

#TROLLZ by @6ix9ine & @NickiMinaj garnered over 46 MILLION views in its first 24 hours on YouTube.

It scores the biggest debut for a hip-hop video on the platform. pic.twitter.com/QxInNuqPJj

Rapper Nuke Bizzle arrested for $1.2 Million unemployment fraud after his music video bragged about how he did it