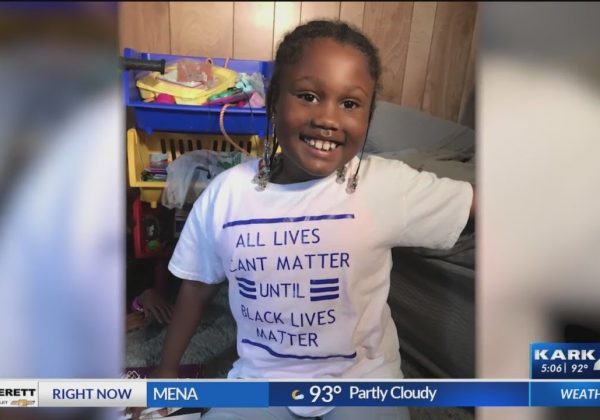 Some disgusting news coming from the state of Arkansas. A family in Russellville, Arkansas says their six-year-old daughter was kicked out of daycare because of a T-shirt reading ‘Black Lives Matter.’ Deval Brockman who is the mother of the 6 year old child confirms these reports with her local news stations! The daycare’s name is “His Kids Preschool” and Brockman says a employee called her saying “that her daughter was no longer allowed to attend after showing up with a shirt that read “All Lives Can’t Matter Until Black Lives Matter.”

In response, the directors of His Kids Preschool issued the following statement:

“Due to the threat of allegations and under the advisement of the council, His Kids Learning Center will only be releasing this written statement concerning The Brockman’s:

We feel a childcare environment is not a place for a parent’s political views to be addressed or played out, regardless of race.”