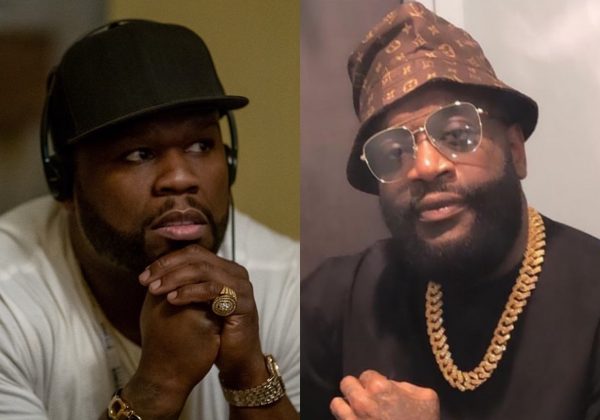 50 Cent and Rick Ross have been beefing for well over 10 years! The beef even had 50 Cent release a sextape on one of Rick Ross’s baby mothers. Well it seems the beef may be finally ending. 50 Cent who owns the rights to and is filming The BMF tv show has asked Rick Ross if he could use his smash hit BMF single. Ross on video let it be known that he will let 50 use it only if he took a picture with lemon pepper wings and a black bottle of belaire. Check out the video below of Ross speaking on it.