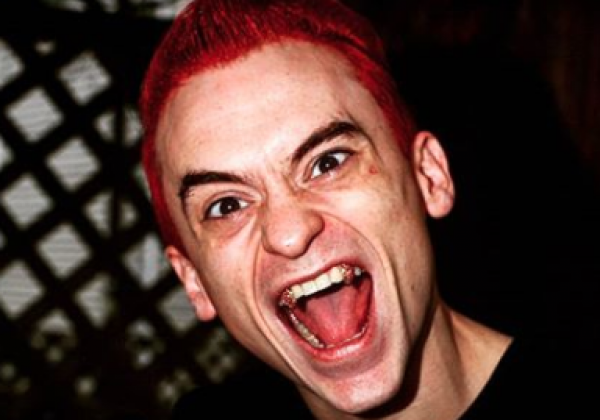 Shifty Eyes: I am Shifty Eyes, the man without a mask, father of the Devil Kids. I am a versatile Hip Hop artist based out of Canada and Atlanta.

Shifty Eyes: It just kinda happened, I guess I actually have shifty eyes. As a youth I was rarely trusted, even sometimes still today, when I was 13 I remember I was venting about the issue and a homie at the time laughed and stated “Its cause you got them shifty eyes” after that it just fit I guess, I was going to go by Vision but Shifty Eyes just fits and is really who I am at the end of the day.

Shifty Eyes: I’m from a little party/tourist town called Sylvan Lake in between Calgary and Edmonton in Alberta, Canada.

Shifty Eyes: Everything really I was the youngest in my family so it was literally everything from golden oldies to punk rock as a kid. In I think 96 though I was introduced to hip hop, we were fresh out 1st grade, I remember the first I heard was Snoop Dogg, one of my friends had a tape we use to hide and listen too when we were kids, then we found a Puff Daddy all in the family tape and I was introduced to the east coast hip hop. I am surprised I remember those times that clearly, after that we started traded tapes and making copies with our parents tape recorders, staying up late to watch rap city on Much. Our parents definitely didn’t approve of the music choice so I think that made it cooler for us to have these tapes we had to stash. The phases were heavy though from Biggie, Wu Tang and Bone Thugs to Cypress Hill, Pac and Dre I really appreciated the artists at the times I needed to in my life, music 100% helps youth get through the struggles of understanding wtf to do in the changing world.

Shifty Eyes: Lots but I will toss you the ones that stick out to me, Fugees The Score, Nas Illmatic/Stillmatic/Distant Relatives, Biggie Smalls Ready to Die/ Life After Death, Bone Thugs Eternal/ Art of War, Snoop Dogg and The Eastsidaz/Doggystyle/213, West Side Connection Bow Down, 2 Pac Stricly for My Ni***s/All Eyes On Me disc 1, N.W.A. Straight Outa Compton, Eazy E Easy Duz It/Eternal-E, Dr. Dre The Chronic/Chronic 2001, Cypress Hill Black Sunday/Temples of Boom, Wu-Tang Clan Enter The Wu-Tang/The W, Method Man Tical Eminem Slim Shady LP/Marshal Mathers LP, Busta Rhymes The Coming, G Unit Beg For Mercy, Young Jeezy USDA to name a handful I know I am still forgetting a few gems. I am definitely a certified 90’s baby!

Shifty Eyes: I have just released a new single called “Beast” with some wild visuals, its the first taste of my debut album coming this 2018! The exact release date has yet to be announced.

Shifty Eyes: This one actually came out quite fast, I wrote Beast in like ten minutes, after already recording 5 tracks in Atlanta the few days before. Music is odd to me it kinda has a double meaning, at the time I felt super confident and was in beast mode in the studio so I figured that was my angle while writing it. Although thats true, the song was birthed along with the Devil Kids Brand and a new version of myself, so oddly enough I physically became kinda devilish at the same time i guess owning my own inner darkness and excepting that side of me as something positive. So in the end Beast is kinda like me letting that side out of the cage. The first verse was not written, it is actually a freestyle I did off the dome to warm up before laying down the hook, but it really set the tone for the track, Millz my producer stopped the session and actually cut the first hook segment so it came in with the freestyle verse cause he felt that the energy was on fire.
What would be your dream collaboration with any rapper or producer?
This is a hard question, Snoop would be dope, Lauren Hill, Method Man and DJ Premier to name a couple classics that I think would vibe right with the 90’s kid in me. But where my music is now I would really like to see what a new wave artist like Travis Scott and I could do on a record, Post Malone, Rae Sremmurd as well to name a few I think would fit my style today. I think Logic and I would be a powerful combo as well. As for producers though really if the beats that gas I am spitting flames on it!

Shifty Eyes: You can catch me at the 2018 SXSW music festival, as for tours we are beginning booking for our first tour now and taking bookings for the spring and summer of 2018.

Shifty Eyes: Pretty good, this first record is the first release off this body of work which has a very evolved different sonic sound with edgy lyrics so I feel the response has been great so far. Its definitely getting some massive reach and good feedback! I feel Beast was a more “well rounded” track from the project, I wanted to give the listeners more me than market sound off the bat, and the video is crazy playing with a tiger on set was a humbling experience. If you like Beast its really a taste of whats coming with this body of work!

Shifty Eyes: I don’t actually listen to too many artists all the time now a days, I am usually freestyling over beats hunting for cool sounds when I’m driving around or kickin back. I listen to new music from time to time to see whats out there and I like some of the new artists 100% and there is a number of dope underground cats that have some value out there, but when I really want to vibe out I take a trip back in time to some of my old favourites. I still have the Ready To Die disc and Straight Out of Compton in the whip just in case (yes I still use CD sometimes) But ya most of the time its an AUX cord and some instrumentals.

Shifty Eyes: I cant really say too much about 2018 at the moment but we have a massive compilation of work more than half of the album already has the visuals wrapped up, we plan to tell you my story over this next year leading to the release of the album through multiple visual experiences and mixtapes. Its my goal to be an artist that can provide quality content while at the same time loosely expressing myself organically, while at the same time I feel like we represent the same urban culture I feel that the Devil Kids movement is something that has yet to be seen in hip hop

Shifty Eyes: I would like to give a huge thanks to all the supporters thus far and the fans that have reached out to me I appreciate all the time that everyone has invested in my passion as listeners and I hope my music can help someone get through the day, if it did nothing but that it would still be success to me. As well as a huge thanks to my team, my Producer and Engineer Millz and the whole team at Grand Hustle Studios a.k.a. The Building, my videos teams DG Does It and BPace Productions, my street team leaders and the founders of shiftyeyesordie Dazzle and Domo, and of coarse my beautiful wife to be and mother of my children for dealing with the savage devil I am. #WeAreTheDevilKids