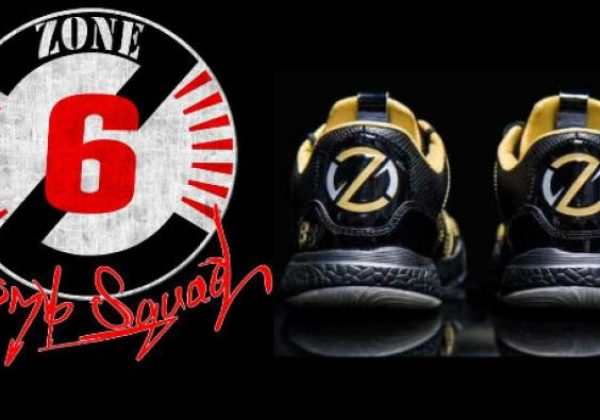 Lavar Ball stole the headlines yesterday when he revealed his son Lonzo’s signature basketball shoe the “ZO2” and when I say stole headlines I mean stole. You couldnt turn on any sports channel or radio and not year people bickering about the $495 price tag on the shoes and $220 price tag for the slides. Well lets go back to the word STOLE. Ohio State University wide reciever’s coach Zach Smith is claiming Big Baller Brand ceo Lavar Ball stole his logo that he created 3 years ago. Coach Smith went on all out twitter attack of Lavar calling him everything under the sun. We reached out to Coach Smith and he indeed told us he will be suing and his aim is to either stop production or get a share of the profit since the design is basically his. We will keep you updated as info trickles in to us. Check all the tweets below from Coach Smith to Lavar Ball 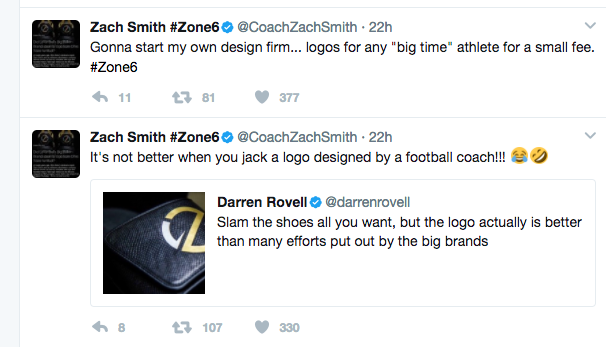 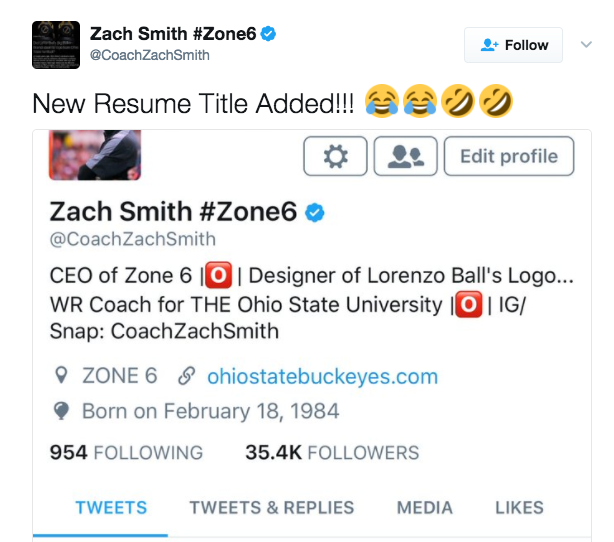