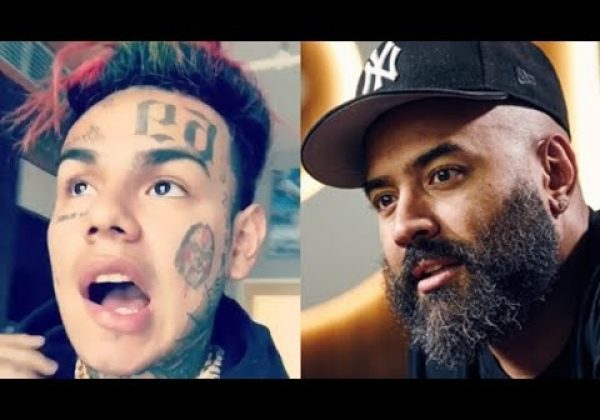 Yesterday the iconic Hot 97 Summer Jam concert took place, but the King of New York Tekashi 6ix9ine was not invited! Months ago Ebro of Hot 97 let it be known that he was not allowing 6ix9ine access to the concert because he does not shut up. Yester 6ix9ine went Live on his Instagram account showing that Hot 97 was not allowing him access to the show. During the live feed 6ix9ine called Ebro a bitch for banning him.

Today Ebro jumped on the radio and clowned 6ix9ine. Ebro said that 6ix9ine attempted to disguise himself by wearing makeup so he could gain access to Summer Jam. On air Ebro laughed at 6ix9ine and applauded him for the attempt with using Makeup. Ebro also hinted that he was close to changing his mind and allowing 6ix9ine access, but he just would not shut up. Check the video below and tell us what you think.